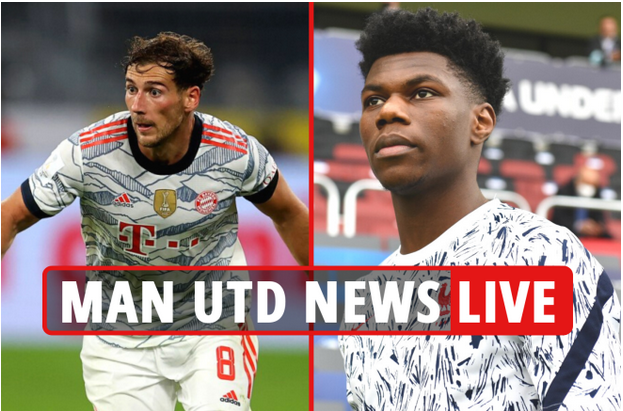 The England star underwent shoulder surgery two weeks ago, but is ahead of schedule in his comeback.

Meanwhile, Paul Pogba is not set to sign a new contract with Manchester United this summer, according to reports.

Though the Frenchman is reported to be warming to the idea of staying with the Red Devils, he is set to wait until after the end of the transfer window on August 31 before considering a new deal.

If Pogba does not sign a new contract he will be free to leave for nothing next summer.

Speaking on the Football Terrace YouTube channel this morning, the journalist said that the teenager’s preference would be to stay in France, but with no teams in the country likely to make an offer, it makes a switch to England an increasing possibility:

“PSG are not really coming forward at this point, it is not really looking like it’s an avenue at the moment for him which, again, changes everything. If that is the case, if PSG actually aren’t in this conversation right now and Camavinga is going to leave this summer, then he suddenly has to consider options in the Premier League that are there, because there isn’t really another big club in France that he wants to join or the finances to fund a long contract for him, or pay the fee. So, it’s more realistic now than a week ago [that he’ll join United].”

It must be said that the Red Devils are not the only team who have been linked with Camavinga in recent days. Reports in the French media have claimed that Chelsea have been in contact with the player’s representative, while Arsenal and Liverpool are also said to be in the mix.

However, it appears United are the team who are being the most proactive in trying to sign the France international. If he is available for €30m (£26m) as some have suggested, it could be the bargain of the summer.