“Could He Become Available In The Summer?” Paul Scholes Names Who He’d Like To Become United’s Next Manager 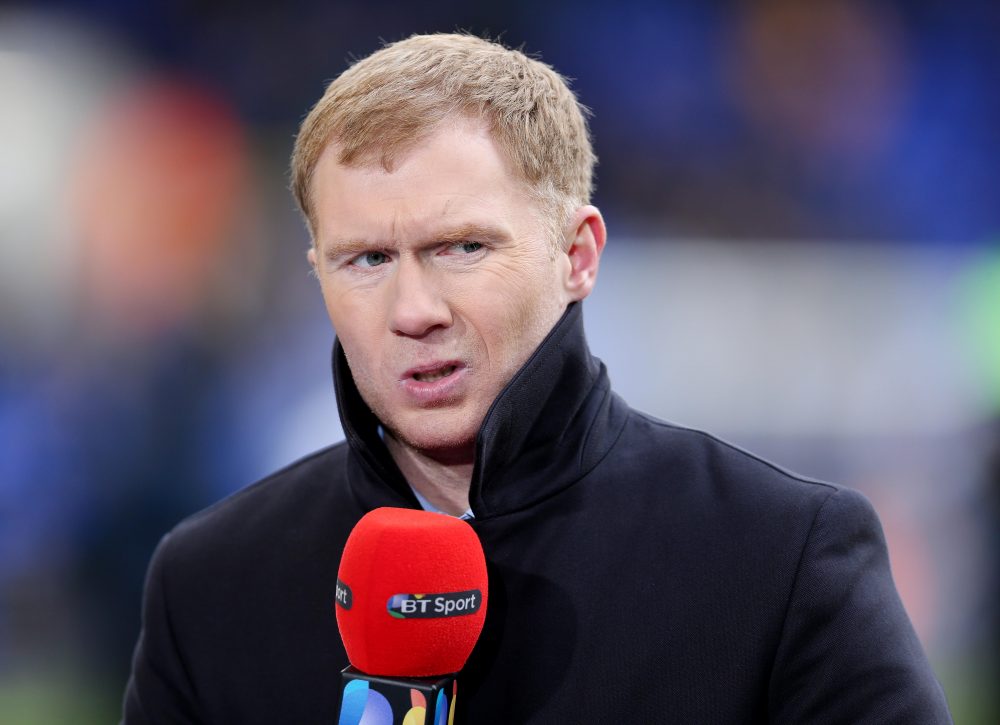 The former Chelsea boss took over at Tottenham in November, and Scholes remains a firm admirer of the Italian’s. The BT Sport pundit harbours doubts over PSG head coach Mauricio Pochettino’s capabilities and he posits whether Conte could be tempted to leave Spurs:

“I keep going back to that word ‘fear’. I think he would strike fear into Manchester United players. To go to Man City and do what they did. The plan that they had. When you are playing against Man City, you have no choice, you have to play on the counter-attack, then hope your best players perform. I think someone like Conte, there is no doubt that he is an elite manager. I still think there are question marks over Pochettino. He did brilliantly with Tottenham and he got them to a Champions League final. He almost won the league.”

“Going to PSG, people are a little unfair on him really saying ‘it’s going to be easy and it doesn’t matter if he’s going to win the league’. But what if he wins the Champions League? I can’t see him coming to Man United. Then there is Conte. I never understood why he took the Tottenham job. I always felt that he was too good for those group of players. Could he become available in the summer?”

Scholes seems to be keen on going back to a Sir Alex Ferguson type of manager, rather than someone who can implement a playing philosophy such as a Pep Guardiola or Thomas Tuchel.

His opinion differs significantly from his former teammate Gary Neville who appears to want someone who can challenge the leading Premier League managers tactically.

From the looks of things, United’s board are very much in the Neville camp, with both Pochettino and Ajax manager Erik ten Hag thought to be the leading candidates to take over from Ralf Rangnick in the summer.