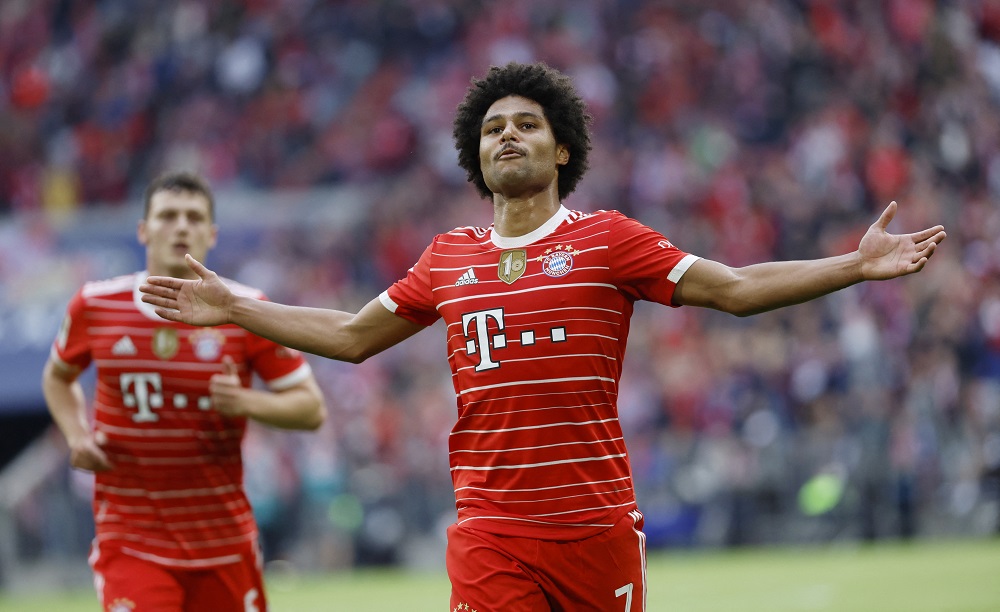 Unrest in Bayern Munich’s dressing room is playing a part in Serge Gnabry’s decision to leave the Bundesliga champions, according to BBC reporter Constantin Eckner.

The German journalist claims a number of players are “unhappy” with both the board and manager Julian Nagelsmann, with Gnabry not feeling he is getting enough respect from those at the club, suggesting he “could jump ship soon”:

✍🏼 Bayern Munich‘s situation has become complicated: Lewandowski tries to force his way out; Gnabry is unhappy; manager Nagelsmann is disliked by some players; liquid assets have decreased significantly since 2020. Read more in my @BBCSport piece. https://t.co/HHunqVnxQd

Manchester United, Arsenal and Liverpool have all been mentioned as potential suitors for Gnabry in recent months and, with his current deal expiring at the end of next season, he could be sold for a relatively low price.

Reports in the German media have proffered a figure of around €40m (£34m), although that valuation has not been substantiated by Eckner or other reliable journalists based in Germany.

United are prioritising a move for a striker, although it has been claimed that ten Hag would not be averse to signing a “versatile forward” instead; a category that Gnabry would certainly fit into.