Elanga, Dalot And Telles To Start, Rashford And Lindelof Out: United’s Predicted XI To Play Watford 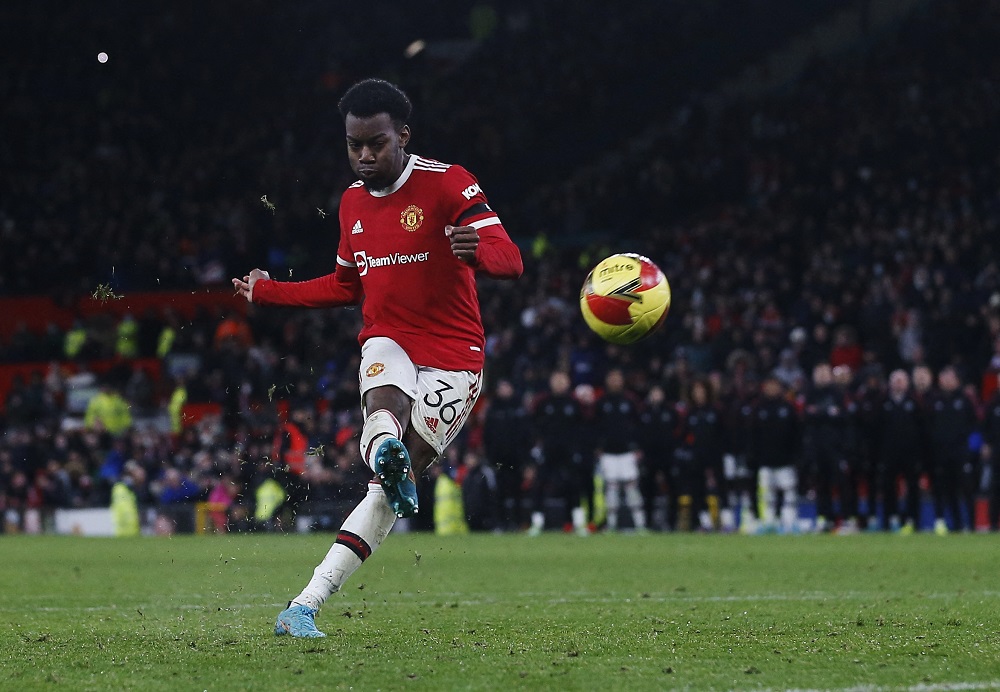 Manchester United manager Ralf Rangnick would have been happy about the result, if not the performance, in Madrid on Wednesday night, but the club’s focus this weekend will turn back to their push for a top-four finish.

Watford are tomorrow’s opponents, who they last met in the FA Cup last month when the Red Devils secured a narrow 1-0 win but, after the Hornets lost 4-1 to Crystal Palace midweek, this looks to be the perfect time to play them.

David De Gea will keep his place in goal, but Diogo Dalot could well be recalled at right-back, with Victor Lindelof dropping to the bench. Alex Telles may replace Luke Shaw on the opposite flank.

In the centre of defence, Rangnick has shown no signs of being willing to drop captain Harry Maguire so the England international is expected to partner Raphael Varane.

Fred is likely to keep his place as Scott McTominay is still out of contention due to illness. The Brazilian will line up alongside Paul Pogba and Bruno Fernandes in midfield.

Marcus Rashford looked way off his best on Wednesday, so Anthony Elanga may start alongside Cristiano Ronaldo and Jadon Sancho.