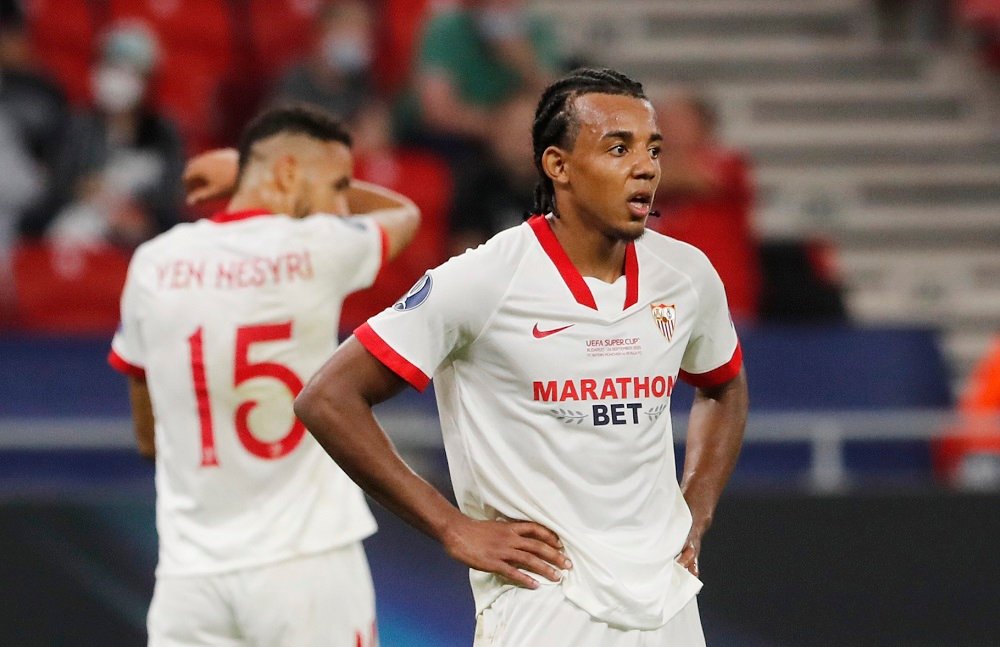 Speaking on the Transfer Window Podcast, the reporter claimed that United have already made an unofficial bid for the France international:

“Manchester United made an informal offer to Sevilla as we reported some weeks ago. It was rejected by the Spanish club because it was insufficient. Man United are adding Raphael Varane at centre-half having agreed a fee with Real Madrid. Kounde could fit into their squad because he can play at right-back as well which is a position that Solskjaer wants to strengthen. [It is] one of the many positions Solskjaer wants to strengthen.”

Chelsea are said to be the frontrunners for Kounde at the moment, although they are having some difficulty in finding a formula that will satisfy Sevilla.

The Blues are keen to do a part-exchange involving either Emerson Palmieri or Kurt Zouma but reports in the Spanish press suggest Sevilla want a cash-only deal.

With United on the verge of signing Raphael Varane from Real Madrid, it would be a surprise if they did make a move for another centre-half this summer, but Castles is not the only one to claim that the Red Devils may go after Kounde as well.

Earlier this week, it was reported that the Red Devils were preparing another bid, although it remains to be seen whether it will come close to the player’s €80m (£68m) release clause.