rik ten Hag seems intent on surrounding himself with familiarity. The Dutchman has been linked with moves for several players he worked with at Ajax already.While it’s unlikely he’ll be allowed to completely ransack his old club for their best players, the Dutchman is also weighing up a move to bring in his countryman, Frenkie de Jong. 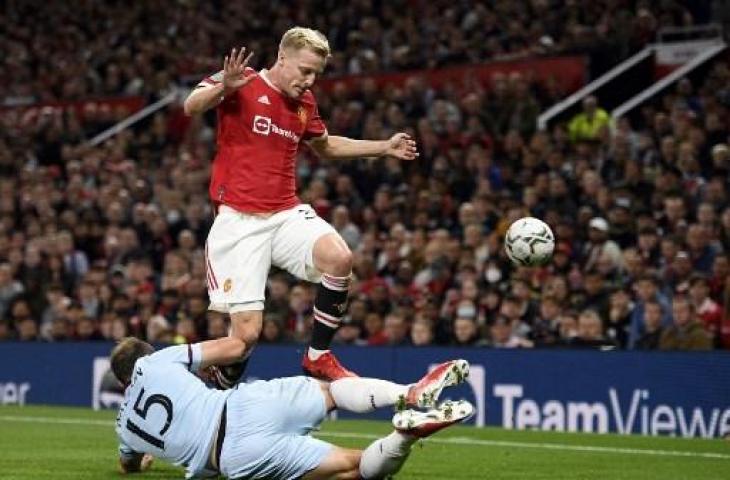 De Jong and Ten Hag worked together at Ajax before the midfielder headed to FC Barcelona. However, United’s new boss is hoping to reunite with the instrumental playmaker at Old Trafford.

The links to De Jong have been plentiful, with recent reports looking far more positive in regards to United’s pursuit of the player.

The latest information in the ongoing saga comes from the usually reliable David McDonnell in The Mirror.

McDonnell writes that United have vowed they will not be used as Barca’s ‘financial bailout’ this summer, as the Red Devils will not pay over the odds.

Thus far, a £60m offer has been turned down by the Nou Camp outfit, with Ten Hag keen to make De Jong his first signing at United.

United are adamant they will not be held to ransom, with Barca looking for a fee closer to the £70m mark.

The Reds are expected to make an improved offer, though that’s still likely to fall short of Barca’s valuation.

It’s claimed United are ‘hoping’ to sign the 25-year-old before pre-season tour, the first of which will be played on July 12th against Liverpool.

There’s no doubt De Jong would be a lovely addition if the club can somehow pull it off, though that’s still going to be easier said than done.