The Italian journalist tweeted: “Manchester United are working on new deal for the Argentinian talent Alejandro Garnacho. Talks already started to get things done by this year. Man Utd plan is to offer a five-year deal as Garnacho is considered a huge talent.”The Argentine forward was signed from Atletico Madrid last year and enjoyed an impressive first season with the Red Devils, scoring 21 goals and contributing ten assists for various academy sides. 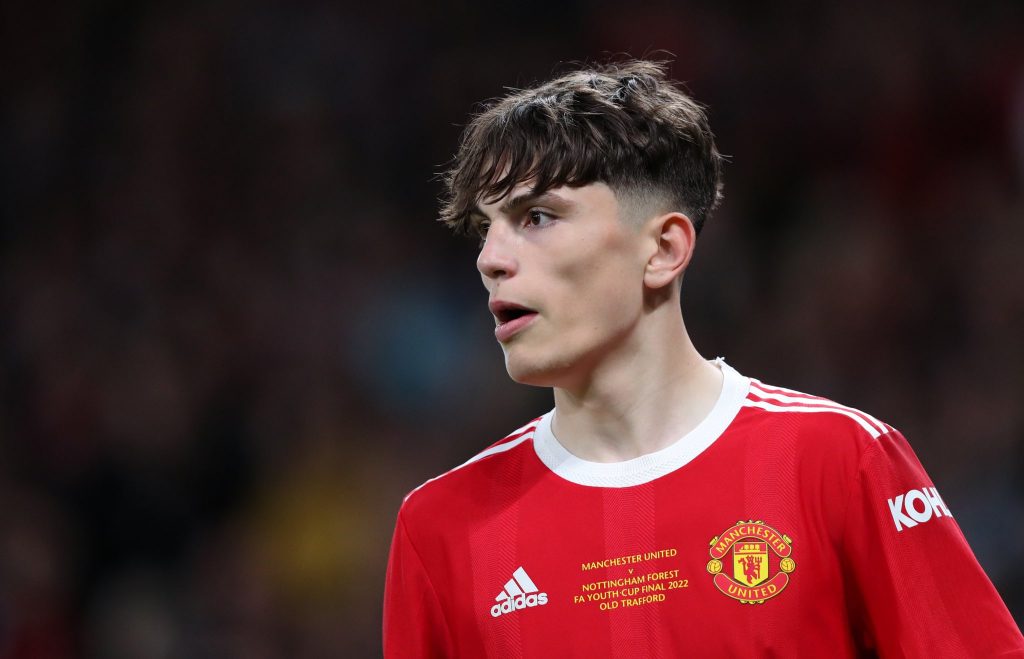 Those at the club clearly have a lot of faith in Garnacho if they are willing to offer him such a long-term deal and given Erik ten Hag’s reputation for developing youngsters at Ajax, it would perhaps not be a surprise to see Garnacho knocking on the first-team door next season.

The teenage forward has also caught the eye of Argentina manager Lionel Scaloni, as he earned a call-up to the national squad last season, although he is yet to make his full debut.

Considering Garnacho’s obvious potential, United fans will surely be delighted that the club are making moves to get him tied down to a new long-term deal.