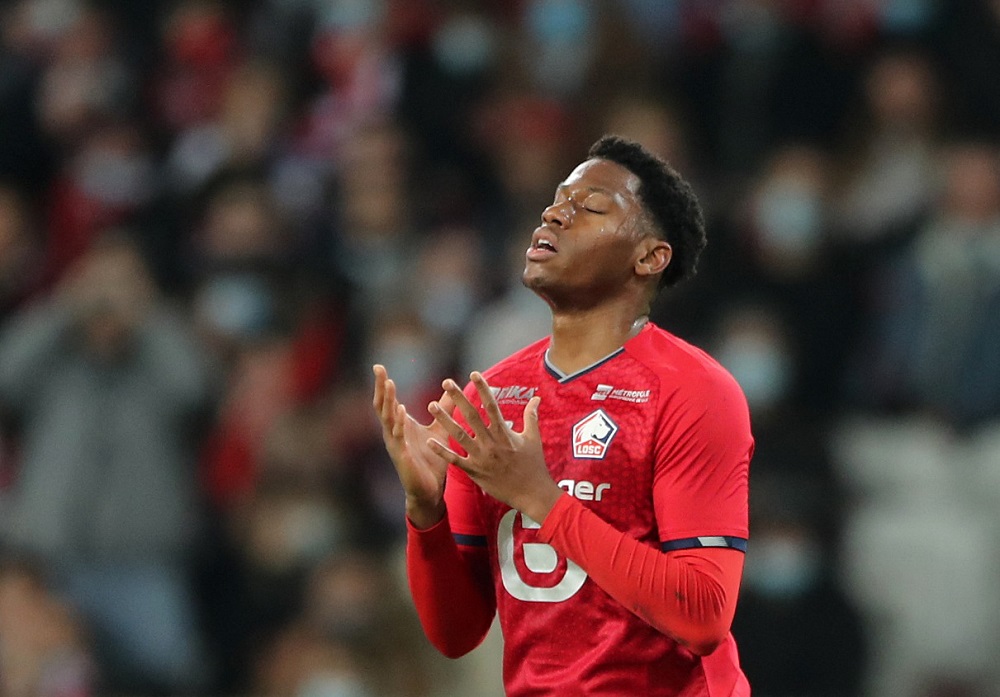 Lille forward Jonathan David is a key target for Manchester United ahead of the summer transfer window, according to CBS Sports journalist James Benge.

The Canadian international, who is reportedly valued at around €50m (£42m), has been linked with the likes of Arsenal, Liverpool and West Ham in recent months. However, Benge claims both David and Benfica striker Darwin Nunez are “on Ten Hag’s Wish List”:

Jonathan David and Darwin Nunez among the names on Erik ten Hag’s list of target as Manchester United look to strengthen up front.

A busy summer on the striker market ahead https://t.co/JmfPJotEq7

David has struggled for form in the second half of the season for Lille, with just three goals in his last 18 league matches but, at 22 years of age, he is a player that many believe has great potential.

His agent confirmed earlier this year that the striker was keen on leaving France at the end of the season, so United are unlikely to have any trouble with persuading the player to move to Old Trafford.

It is not clear whether the Red Devils intend to buy both David and Nunez this summer but, with Edinson Cavani and Anthony Martial expected to leave the club, there would be room in the squad for two additions up top.