‘Overrated. Don’t Want Him’ ‘His Price Tag Is Ludicrous’ United Fans Glad That Plans To Sign High Profile Player Have Been Shelved 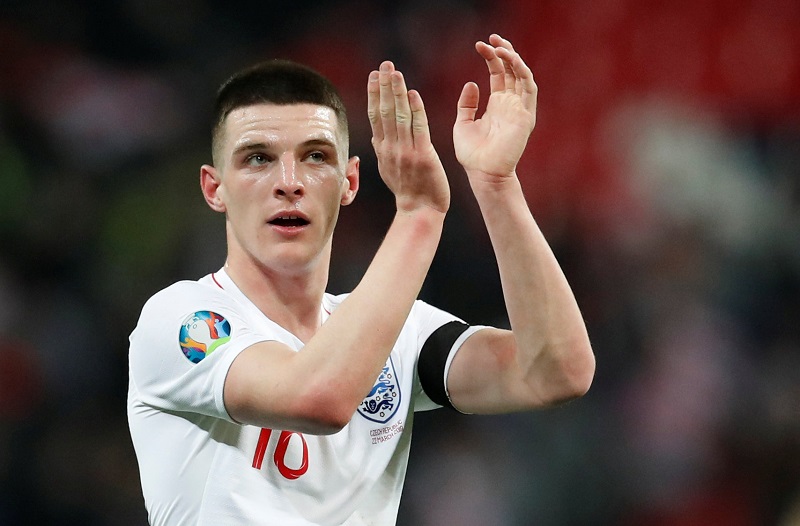 Manchester United have accepted that they won’t be able to sign West Ham midfielder Declan Rice this summer, according to reports in England.

The Red Devils’ failure to qualify for the Champions League means that the England international is unlikely to be tempted by a move away from London.

Considering Rice’s exorbitant asking price, the vast majority of fans on Twitter are happy that United have decided against signing the 23-year-old:

Over rated. Don’t want him.

Thank god. Great player but wouldn’t be a good signing for us in our current situation

We don’t need him either..

Declan Rice is way overpriced, he is a good player but nobody will pay that money unless it’s a club owned by oil sheiks. We can get a player nearly as good for £50 million from overseas. I hope Man Utd learned from the MaGuire transfer. He is not being seriously considered.

His price tag is ludicrous

It should be pointed out that Rice will be playing in the UEFA Conference League next season, so United would still be playing in a superior continental competition, but there are other teams (such as Chelsea and Manchester City) who can offer the midfielder what he wants.

Many will feel that United could sign a player (such as Konrad Laimer or Yves Bissouma) for a fraction of the price and still get a very capable holding midfielder. We shall see who manager Erik Ten Hag ends up pursuing instead of Rice.