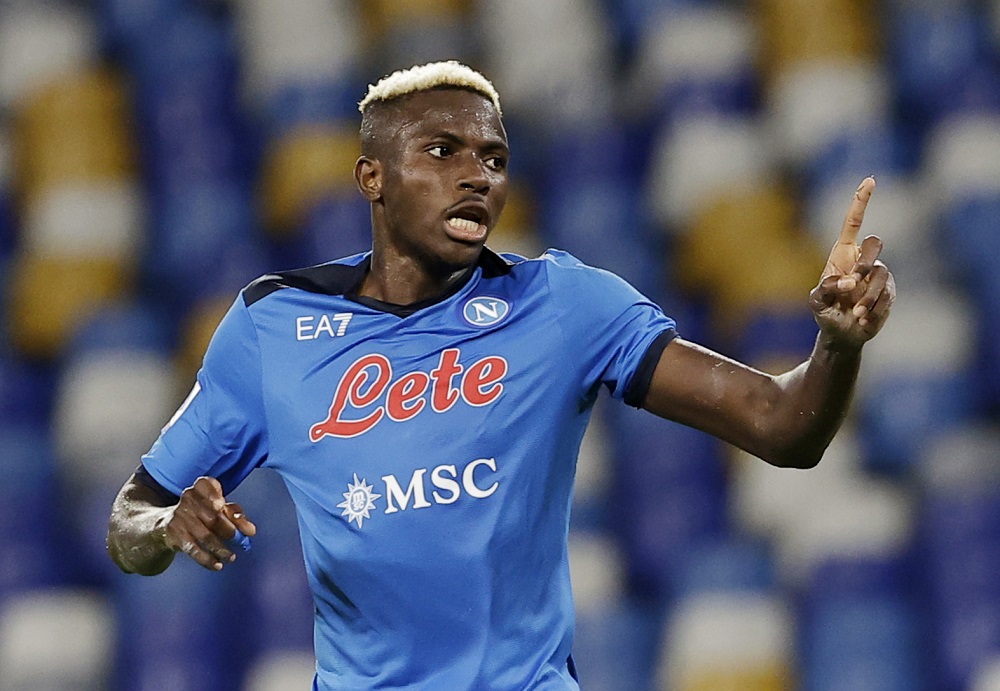 Napoli have put striker Victor Osimhen “up for auction” according to La Repubblica. The Serie A side are hoping to get around €100m (£85m) for the Nigerian international, with Manchester United one of the clubs considering a potential offer for the player.

The Red Devils, along with Arsenal and Newcastle, have been heavily linked with a move for the striker, and it is believed that the Manchester side are currently the favourites for his signature.

Reports about Osimhen’s move to Old Trafford have begun to gather momentum in Italy, with it being reported earlier this week that United are prepared to double the 23-year-old’s salary.

It should be pointed out that La Repubblica are not the most reliable of sources. On top of that, the Italian media have consistently been reporting that another Serie A star, Lazio’s Sergej Milinkovic-Savic, is likely to move to United, when there have been no indications from English news outlets that this is true. Fans should, therefore, be wary of this latest claim about Osimhen.