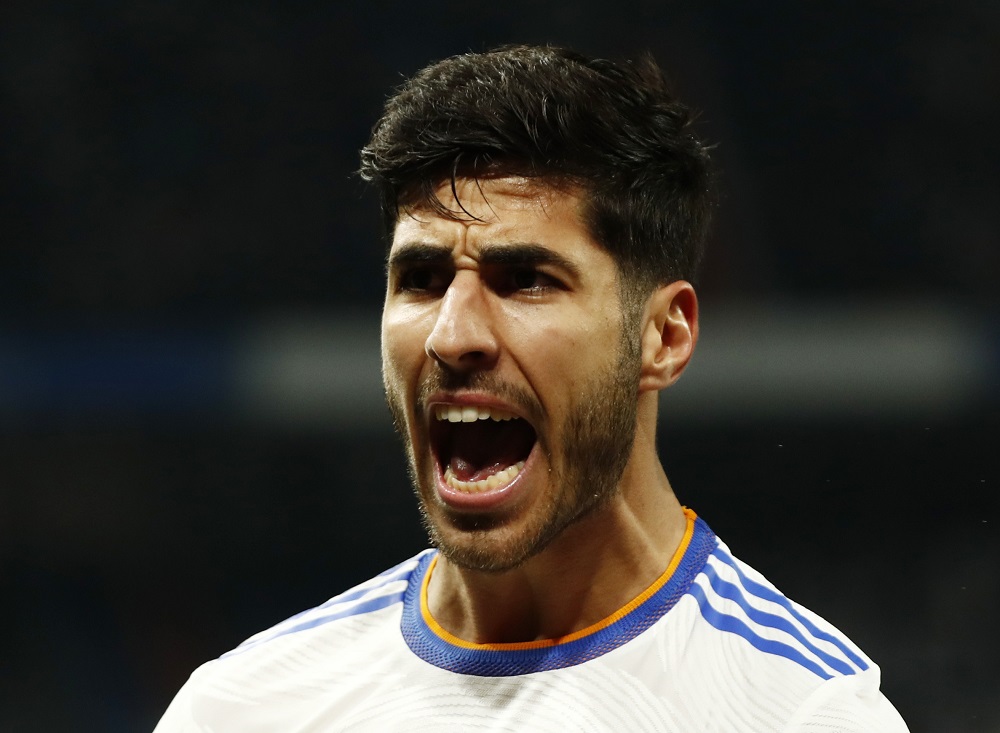 Real Madrid winger Marco Asensio has confirmed that he is considering leaving the Bernabeu after being left frustrated with his game time at the La Liga champions.

The 26-year-old has one year remaining on his contract at the Spanish club, and he says that his agent Jorge Mendes is actively looking to find him a new team:

“My agent is working on it. I am focused on the national team and it is true that, when these games are over, things will have to be assessed. I want to continue growing. I am very hungry to achieve more in my career and that is what I focus on.Because of how the season has gone and what I’ve already experienced, it’s true that I want more. I still have many challenges to meet. I want to aspire to be the best player I can be and that’s how I operate. I want to continue on that path and I think that this season has brought good things in relatively few minutes. I want more minutes to do more for the team.”

“We’re obviously talking about leaving or not, but I still have one year left on my contract. It is an important moment for me, I can’t deny that. It is a moment of maturity, I feel more mature. It is an important moment in which I have to decide many things. And those of me and those around me are clear that I have to continue growing, moving forward. I want to do things in football and they help me achieve that. It’s more than recommendations or advice, it is to support me and what I’m doing.”

Manchester United are believed to be one of the clubs that Mendes has contacted about signing Asensio, while Liverpool and Arsenal have also been linked with the player over the last couple of years.

Manager Erik ten Hag could do with strengthening his options on the right flank, and Asensio did show some pretty good form last season, despite not always being a regular starter.

In 31 La Liga appearances, the Spanish international racked up 10 goals, which is the most he has managed in any league campaign. Whether that will be enough for United to make an offer, we shall have to wait and see.