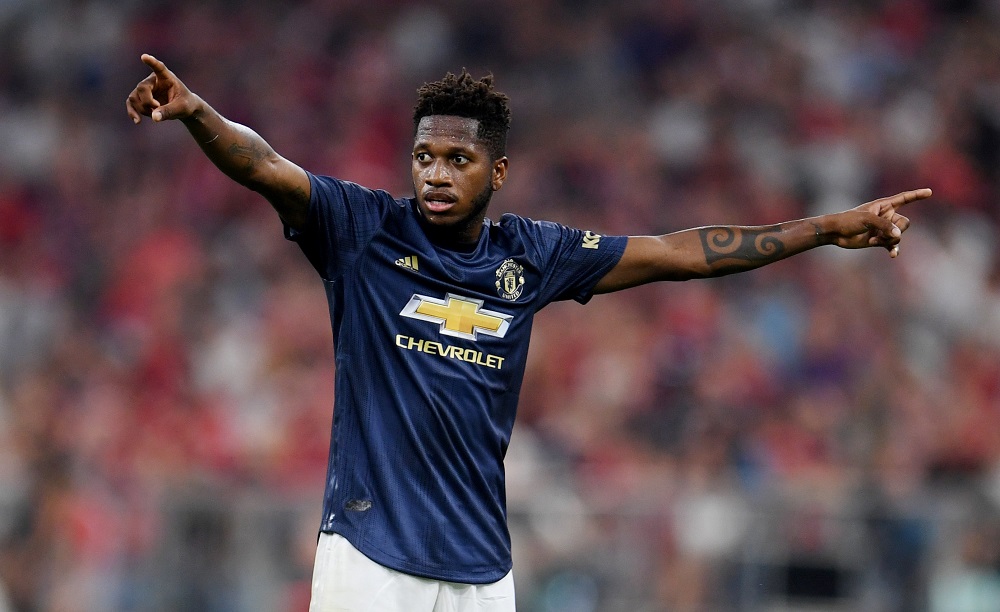 Manchester United midfielder Fred has come in for a lot of criticism during his three and a half years at Old Trafford.

His form was once again under scrutiny after struggling to make an impact in the 2-0 win over Brighton on Tuesday night. He had just come back from a spell out with the virus and he did look off the pace.

However, an interesting stat has emerged, which suggests that United have a 34% greater chance of winning games when Fred is in the starting eleven. Fans on Twitter, though, remain unconvinced:

What a joke stat…McFred combo is a disaster

What can I say! The stats dont lie 😂. He was absolutely rhubarb on Tuesday night though! He definitely gets too harshly criticised for me though

Proof that stats can be utterly pointless

This is more of an indictment on the rest of the team than a reason to praise Fred. They cant compete without someone running around like a madman covering ground for them

Fred’s distribution is the only thing lacking in my opinion, that’s why Declan Rice is an absolute must for us. Could be a great pairing or to have rice sit (read the game) and Fred and Bruno energy Infront of him.

Manchester United have won total of 0 trophies since Fred signed.
The only stat that matters.

It’s not a case of having Fred per se, it’s a case of when Fred doesn’t play alongside McSauce the team is ridiculously unbalanced. I’ve said it before… you cannot play Bruno and Pogba together in the midfield three.

One of Fred’s biggest problems is inconsistency. There is a sizeable difference between his best and worst performances which means some supporters are reluctant to give him any credit when he does well as they know there is likely to be a poor game around the corner.

Managers do seem to trust him though. He worked his way into Ole Gunnar Solskjaer’s first-team plans and he retains a key role under the management of Ralf Rangnick. At international level, he has become a regular starter for Brazil since last summer. Despite his flaws, he seems to be doing something right.