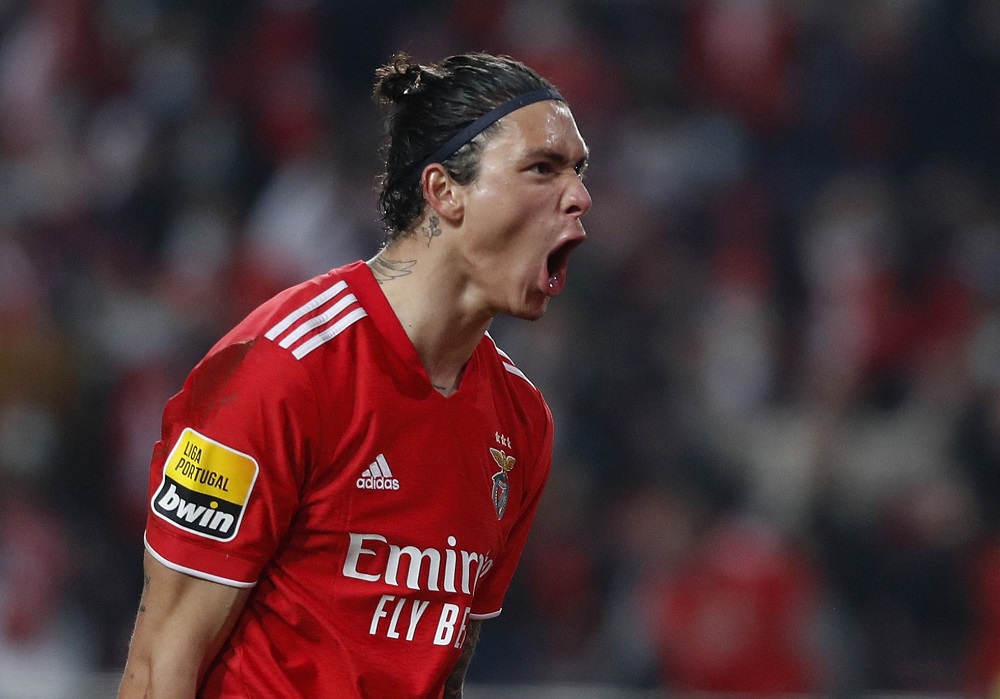 Manchester United have reportedly stopped short of making an official bid for Benfica’s Darwin Nunez despite having discussed a move for the Uruguayan over the past couple of months.

The Red Devils’ reluctance to step up their interest in the striker (who has scored 34 goals this season), has been met by a mixed response from fans on Twitter:

The perfect replacement for Cavani imo

That’s all I hear…There is no official bid…while other clubs have already lined up players for next season.

Thank god. I dont want him
Let’s hope we get nkunku

Some things will never change 🤦🏿‍♂️

It is believed that United’s recruitment team have held meetings about Nunez with interim boss Ralf Rangnick so it’s likely that any offer for the player will have to wait until it is signed off by Erik ten Hag.

Strengthening the club’s forward options is expected to be a key priority, especially with Edinson Cavani and Anthony Martial both set to leave Old Trafford.

The majority of reports have, though, suggested that ten Hag’s focus currently is on strengthening the midfield, as well as the defence, so an approach for Nunez may only happen later in the summer.

It could be too late by then though, with the likes of Chelsea, Arsenal, Liverpool, West Ham and Paris Saint-Germain all said to be keen on securing the 22-year-old’s signature.