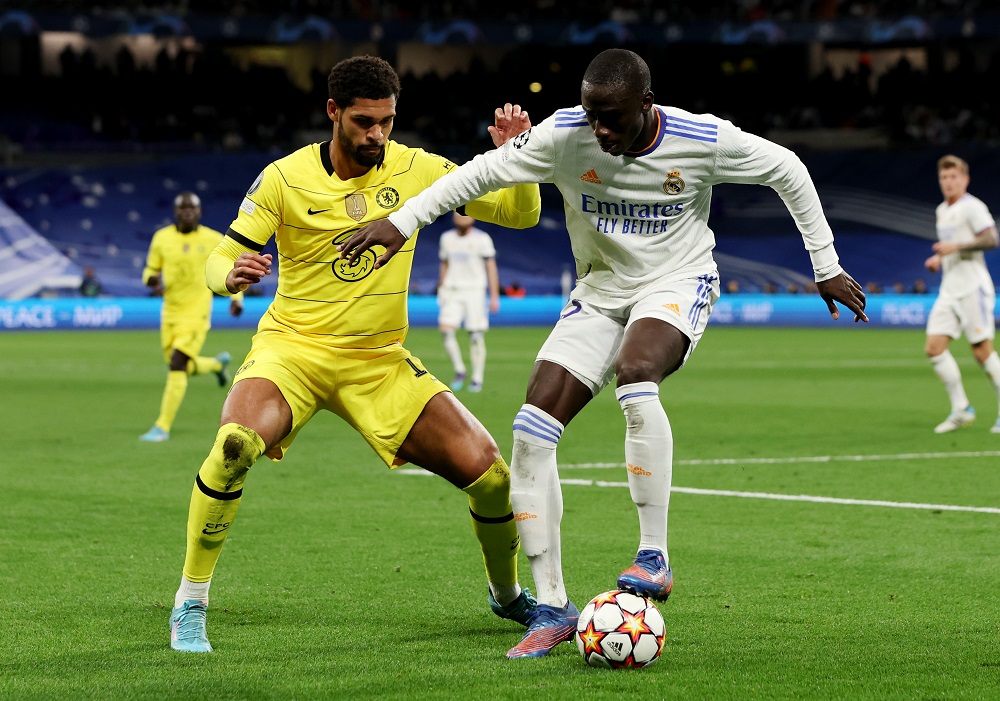 Manchester United and Chelsea are both keen on signing Real Madrid defender Ferland Mendy this summer, according to Fichajes.net.

The Spanish rumour mongers claim that Real are “willing to sell” the Frenchman for a fee above the €48m (£41m) they paid for the player three years ago.

In United’s case, Mendy is seen as “an interesting option” for manager Erik ten Hag with the left-back very strong in individual duels, although it is felt that either Luke Shaw or Alex Telles would have to depart in order to facilitate the move.

Chelsea, meanwhile, are looking for a potential replacement for Marcos Alonso, and it is believed that Mendy could be deployed as a left-sided centre-back in a back three as well.

Serie A side Juventus are also said to be in the mix for the 27-year-old’s signature, although it is likely that they will focus on cheaper options, such as Chelsea’s Emerson Palmieri and Atletico Madrid’s Renan Lodi.