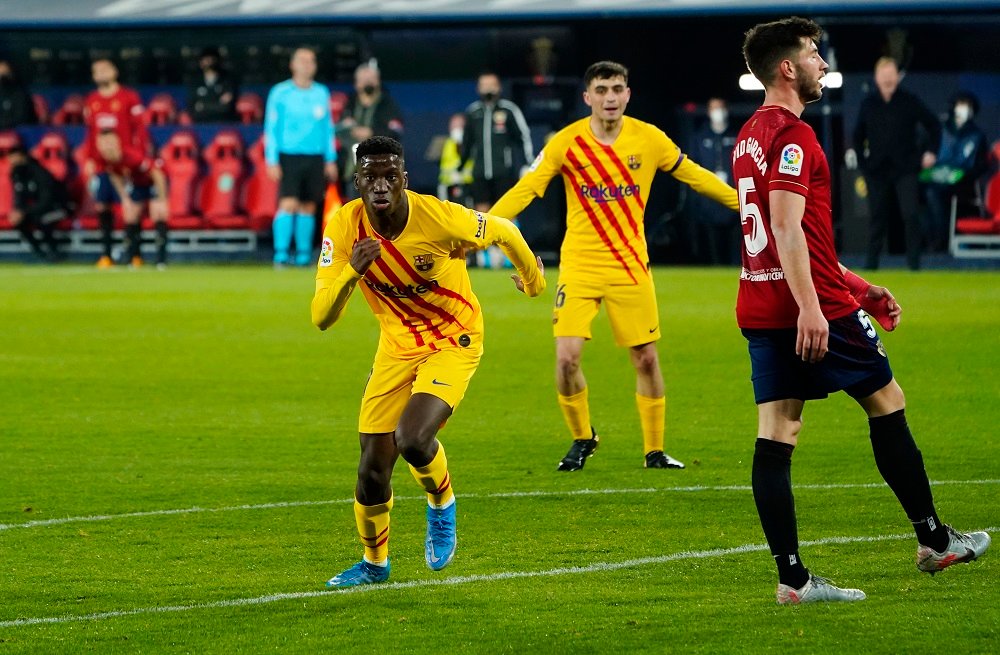 Barcelona midfielder Ilaix Moriba will not be at the La Liga side’s preseason training camp in Germany as negotiations over a new contract continue, according to reports in the Catalan media.

The 18-year-old has less than a year left on his current deal at the Camp Nou and the two sides are not believed to be close to finding an agreement over an extension. Manchester United, Chelsea and Manchester City have all been mentioned as possible suitors in recent months, with the Red Devils being the most heavily linked with the player, who has a €100m (£85m) release clause.

It was reported earlier this month that the Red Devils were ready to pay €20m (£17m) for Moriba, with a €3m a year salary also being put on the table.

However, those claims were never backed up by more reliable sources, and it seems that the player’s agent is still trying to find an agreement with Barca over a new contract.

In the meantime, Moriba is continuing to train with Barcelona’s B side, as he waits to see what the future holds for him.