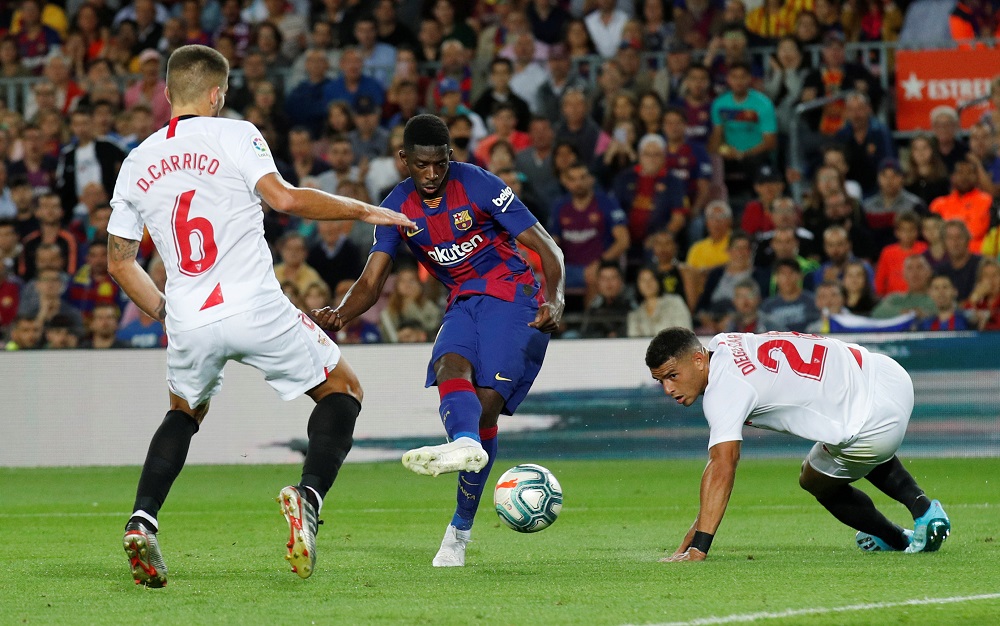 Manchester United are in pole position to sign Barcelona winger Ousmane Dembele on a free transfer this summer, according to reports in the Catalan media.

Chelsea were favourites for the France international but, with the Blues now up for sale, their transfer plans have been left in disarray.

Paris Saint-Germain and Bayern Munich have also been touted as potential destinations but, so far, neither team has entered talks with Dembele’s representatives.

It means United are pretty much the only team remaining who are willing to do a deal for the 24-year-old, with the other possible option that the player remains at the Camp Nou.

Despite threats that he would be frozen out by Barca if he didn’t sign a contract extension, Dembele has featured in the last five matches, scoring once and providing two assists after coming on as a substitute in the 4-0 victory over Athletic Bilbao last weekend.

However, despite his return to prominence, talks have yet to resume between the La Laga club and Dembele, meaning United still have a great opportunity to secure his signature.