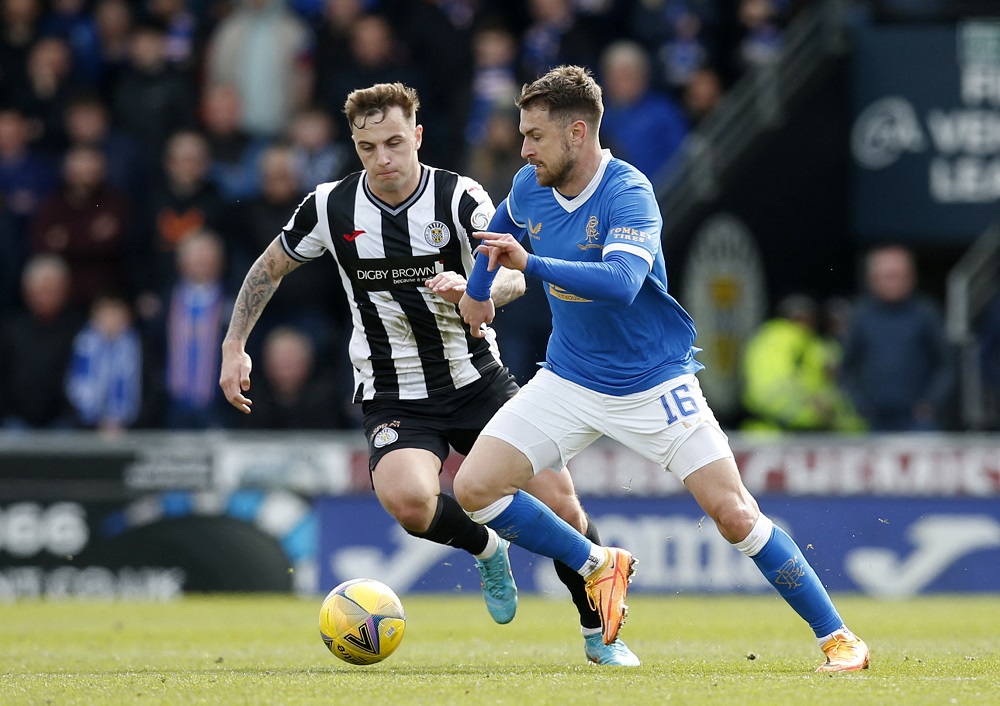 Rangers midfielder Aaron Ramsey has revealed that he will not make a decision on his future before the end of the season.

The Wales international is currently on loan from Juventus until the end of May but the ex-Arsenal star says he hasn’t made any plans beyond that date:

“Now is not the time to go into too much detail. I still have a year left on my deal at Juventus so we’ll have to reassess the situation in the summer and see what they’re thinking. We’ll go from there. That’s something to be discussed at the end of the season.”

“I’m feeling good. The thing I’ve been lacking over the last few years is consistency. I can still produce the numbers required and I have no issues with that it’s just getting consistency and into a bit of a rhythm. I’ve felt better and stronger and the games are coming thick and fast and hopefully, I can play and show what I can do.”

“I came here to win and to have the opportunity to play and show what I’m capable of doing. The main thing was we’re in three competitions and we want to be successful in all of them.”

There have been multiple reports in Italy in recent weeks that have claimed that Rangers have already decided against keeping Ramsey on a permanent basis.

The 31-year-old has had his fitness issues since arriving in Scotland, but his performances have also not quite lived up to expectations either, with two goals and an assist in eight matches so far.

It is believed that, if Ramsey does return to Juve in the summer, he will have his contract terminated so he can move on a free transfer. Whether the Gers would revisit the situation then, it isn’t known. English Premier League teams, including West Ham, were linked with the Welshman before his move to Ibrox, so we shall see what the future holds for the midfielder.