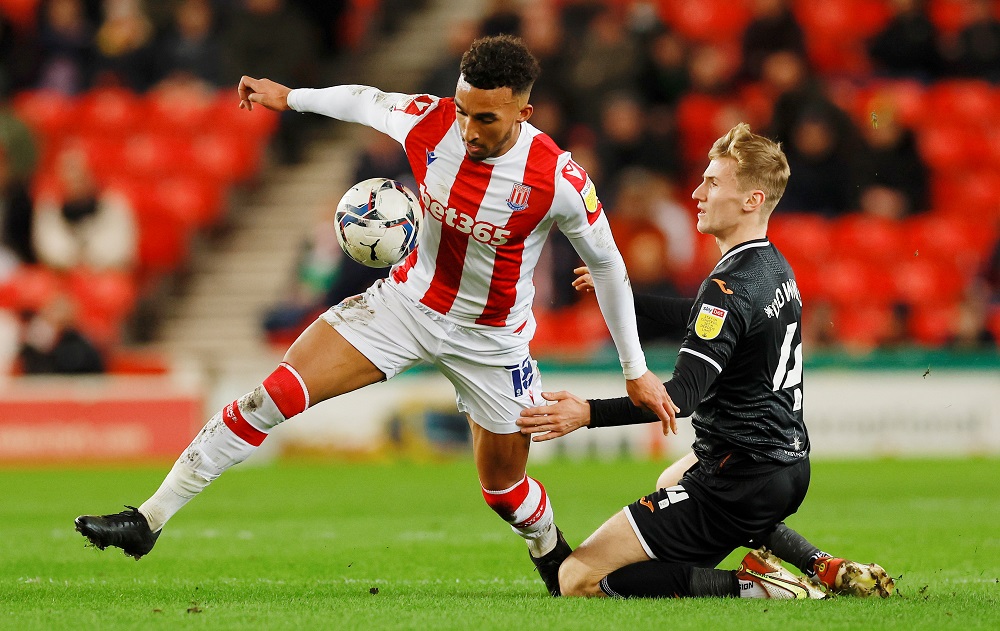 Stoke City are willing to consider bids for striker Jacob Brown this summer, according to Football League World.

The website claims that Rangers, West Ham, Brentford and Burnley are interested in the forward, who has two caps for Scotland.

Brown is out of contract in 2023 and, while Stoke are looking to offer the 24-year-old an extension, they could sell the player at the end of the season if they receive a good enough offer.

The 24-year-old has been in good form for the Potters this campaign, scoring 13 in all competitions, and his ability to play right across the front three may have attracted the Gers.

Although Brown is ostensibly a centre-forward, he has played over 50 senior games as a right-winger; an area where manager Giovanni van Bronckhorst will likely look at strengthening this summer.

It should be pointed out that Brown has not been a prolific scorer until this campaign, so the Light Blues would have to take the chance that his current form isn’t just a flash in a pan. We shall see whether he does leave the Bet 365 stadium in the coming months.