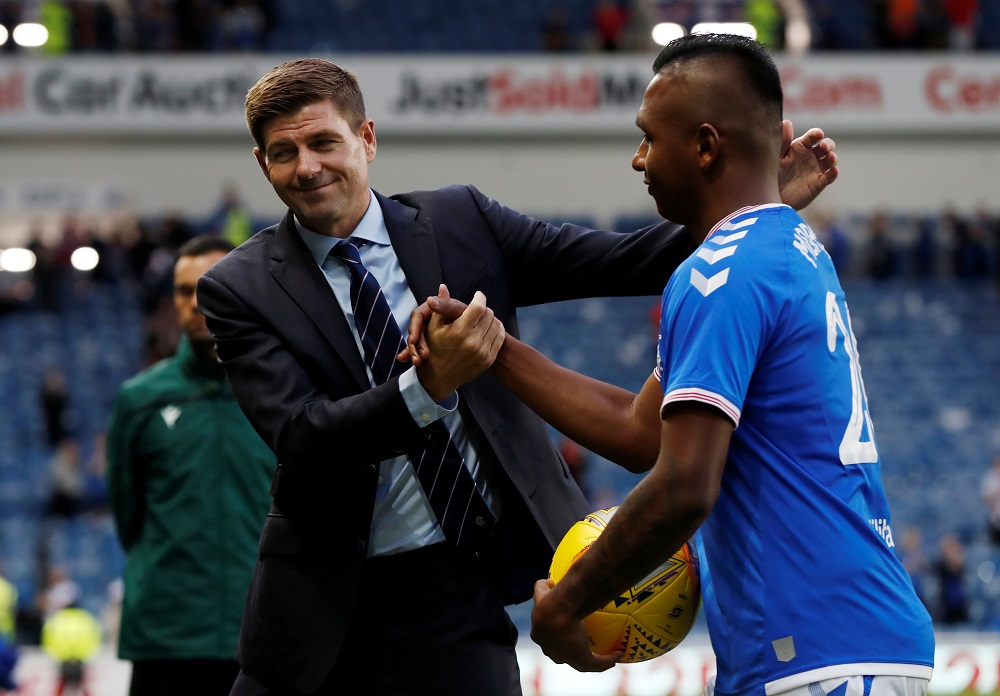 Rangers manager Steven Gerrard claims Alfredo Morelos will have to put in better performances if he is going to impress scouts from England.

The Colombian has repeatedly stated that he harbours ambitions of playing in a bigger league, but Gerrard believes the striker will need to improve on what he has produced so far this season if he wants to secure a move:

“I think Alfredo will make his decision. I think he’s made it clear where he wants to be long-term. But the reality is he’s got to perform at a level here for people to show an interest in him. For me we like working with him, we like the player, he scores goals.”

“I said last week I think he can get to a better level from a personal point of view and then the goals will come. But in terms of decisions where he’ll be in the long-term, it will be down to him and his representatives rather than us. We’ve always shown we want to keep the player, the fans have always shown they want to keep the player. So all the noise around Alfredo comes from him and his people rather than us.”

Gerrard’s comments do seem to suggest that Morelos’s drop in form may be related to the 25-year-old’s desire to leave Ibrox for the English Premier League.

The likes of Newcastle have been mentioned as a potential destination for the Colombian international in recent days but his poor goal return for the Light Blues is unlikely to persuade the Magpies into stepping up their interest in January.

Scoring five goals in 16 appearances isn’t going to get Morelos the transfer he wants and Gerrard’s blunt assessment is completely fair, considering some of the disappointing displays we have seen from the forward.