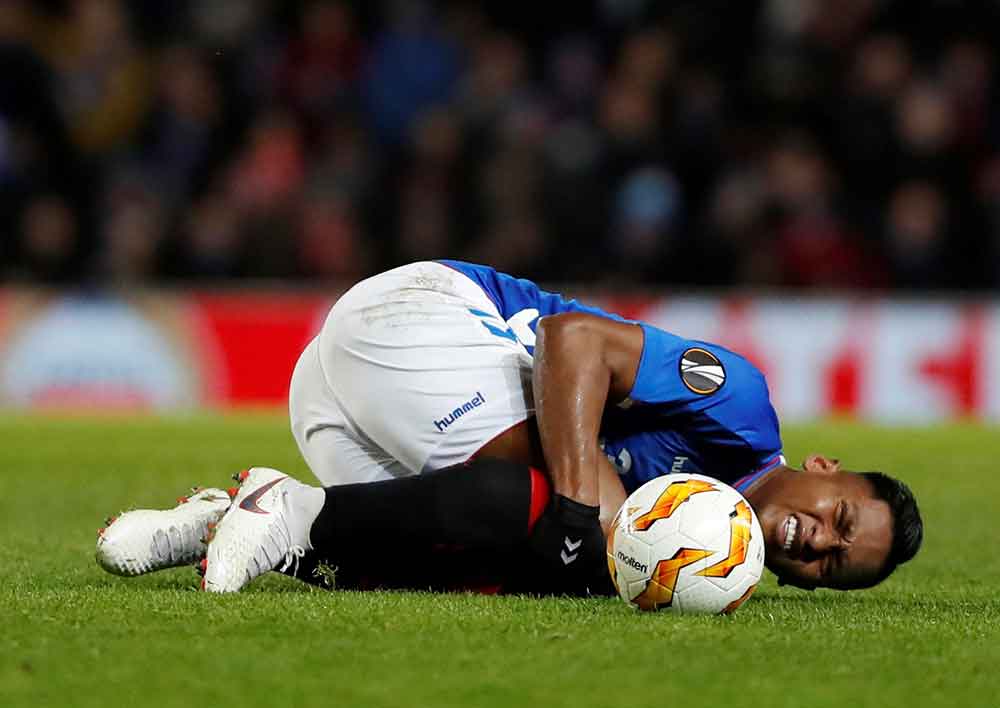 Rangers striker Alfredo Morelos missed a couple of big chances in the 1-1 draw against Hearts at the weekend.

His profligacy in front of goal is something that is becoming a major concern for some fans on Twitter who feel the Colombian international has been off the pace for quite some time:

Rather we played Roofe instead of Morelos tbh

Morelos dropping deep is fine, if others are scoring. Goals have dried up across the team unfortunately. However his finishing was woeful today

A Easter egg trying to kick a ball .

Morelos has scored just twice in the Scottish Premiership this season, whilst his five goals in 15 appearances overall is not a record he will be happy with either, considering his exploits in previous campaigns.

There are probably a number of factors contributing to the 25-year-old’s below-par performances. Some have raised concerns about his fitness but manager Steven Gerrard wouldn’t keep starting the player if that was an issue.

It’s more likely to be a motivation problem. Morelos has repeatedly said he would be open to leaving Ibrox and perhaps he is simply not as committed to the cause as he once was.