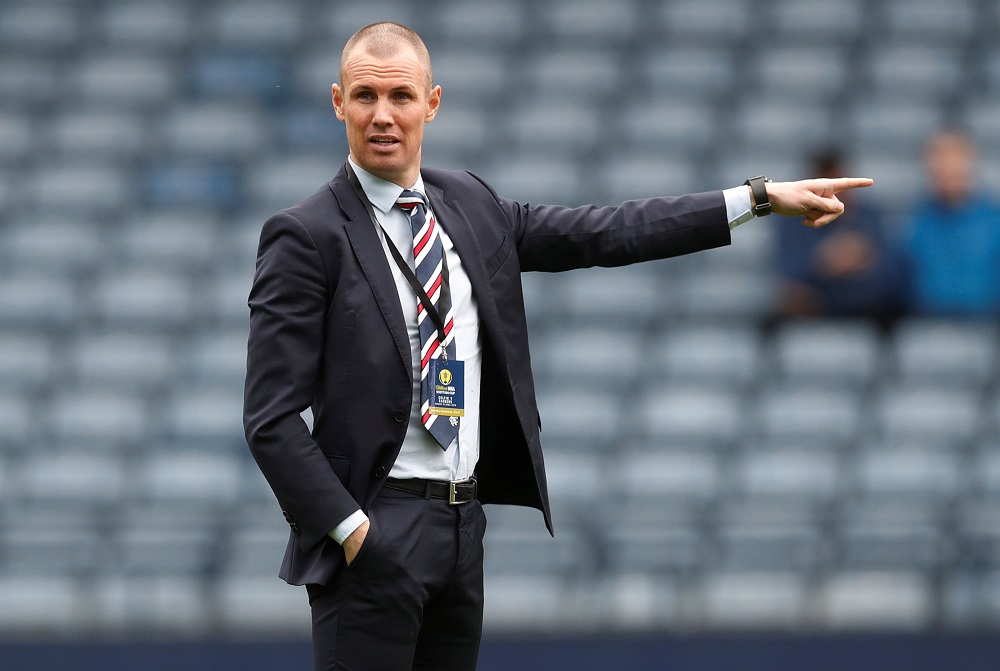 Former Rangers striker Kenny Miller believes the fact that the Light Blues are top of the Scottish Premiership table, even though they are not playing well, should have their rivals concerned.

Steven Gerrard‘s side, once again, laboured to a narrow 2-1 win over Hibernian yesterday, who had Ryan Porteous sent off after 30 minutes. Despite the poor display, though, Miller feels that it is inevitable the Gers will hit a purple patch of form at some point, which should ensure they secure another title:

“If that happens and they’re still sitting top or they’re a little bit clear at the top then it might be another title heading to Ibrox. It’s looking good at the moment and it’s interesting. Hearts and Hibs are at the top and fighting away, and are in some really good form and both are really good teams. So, it will be interesting. But my prediction would be that Rangers will be too strong over the piece for anybody else in the league.”

With Celtic already trailing by six points, it seems as though Rangers have given themselves a great platform heading into an important part of the season.

Gerrard will, however, want to see some improved performances very soon. They have already lost against Dundee United and drawn at home to Motherwell this campaign, and even if Celtic are not there to capitalise on their mistakes, you don’t want to see Gers picking up bad habits which could precipitate a significantly worse run of form. Saying all that, though, you would think they would have the strength to ensure they come through any difficulties they will face.