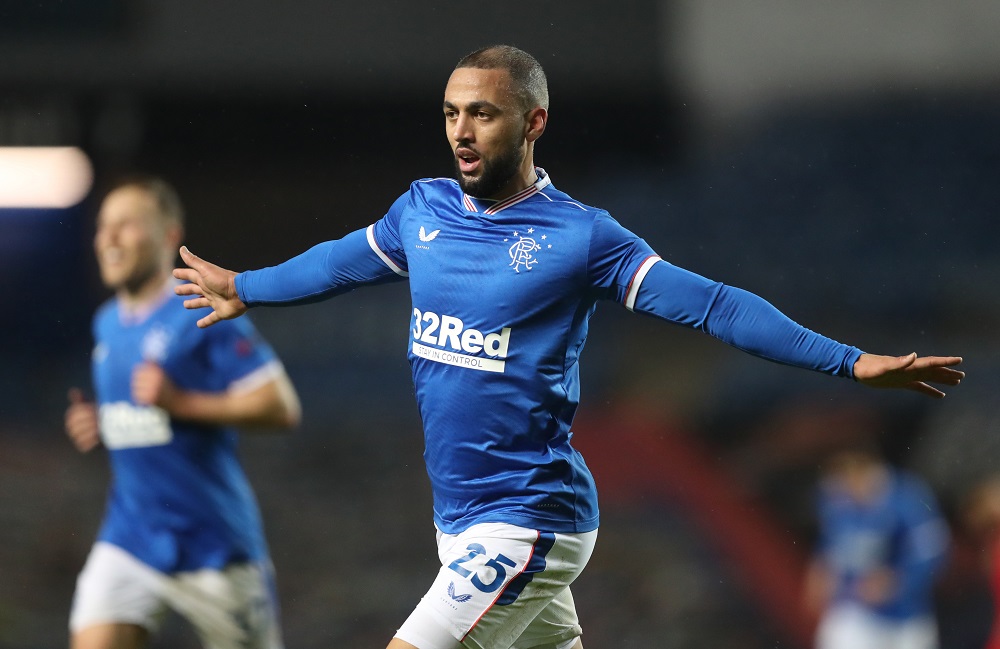 Rangers manager Giovanni van Bronckhorst has said that he doesn’t know whether Kemar Roofe or Aaron Ramsey will be available to face RB Leipzig.

Speaking ahead of the game this evening, van Bronckhorst would not be drawn on the pair’s fitness, suggesting that a last-minute decision will be made:

“At the moment, I can’t say if Roofe or Ramsey will make the squad.”

Fans on Twitter are hoping van Bronckhorst is simply trying to keep their opponents guessing, while others feel that the importance of the match warrants taking a gamble:

Mind games. Keeping his cards close to his chest 😉

My prediction is Roofe will start whilst Ramsey will be on the bench. Based on nothing but a gut feel.

He won’t say they are ready, because he won’t want the Scottish media to know 👌

Surely we have to take the chance and gamble on their fitness? Anything within the rules medication wise, injections etc, do what we must.

There are reports that Roofe did take part in training yesterday. The forward has been sidelined since the Scottish Cup semi-final with a knee injury, but it seems he could be winning his fitness battle.

In terms of Ramsey’s availability, there have been no indications that he will be fit. Considering the former Arsenal player picked up a hamstring problem only two and a half weeks ago, it is a little bit optimistic to expect him to be back in contention so soon due to the nature of the injury.