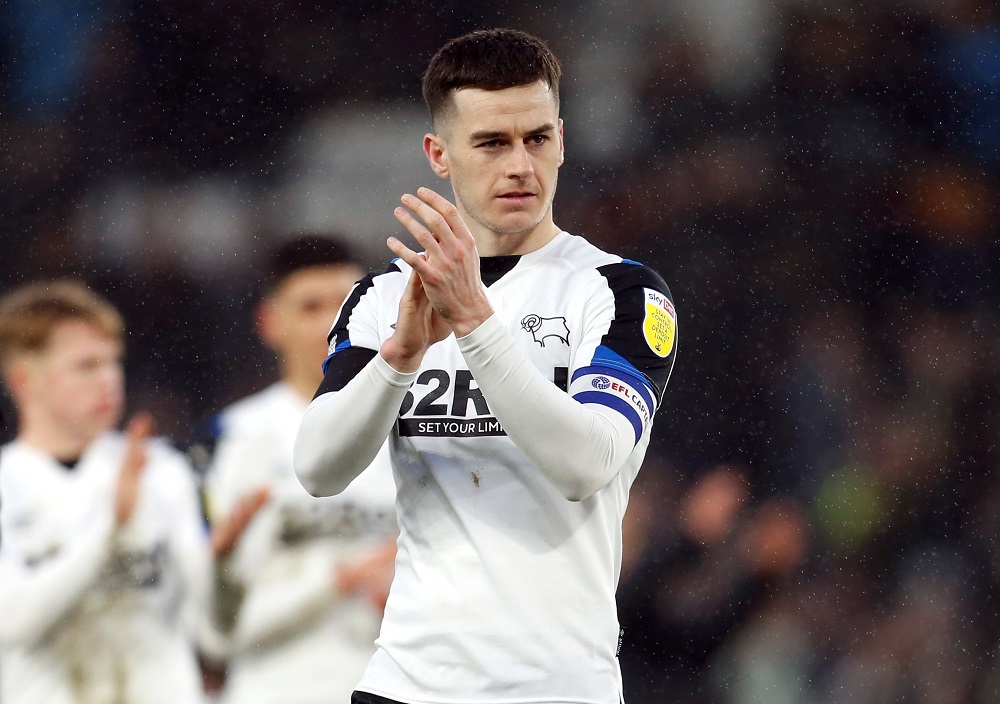 Rangers and Celtic are among the clubs interested in signing Derby County winger Tom Lawrence, according to reports in the English media.

The Welshman, who has been capped 23 times by his country, can be signed on a free transfer when his contract expires at the end of next month.

Four English Premier League teams (Southampton, Leeds, Fulham & Bournemouth), as well as three English Championship sides (Watford, Nottingham Forest and West Brom) are also thought to be keen on securing Lawrence’s services, so Rangers will have a job on their hands persuading him into moving to Ibrox.

The 28-year-old does tend to play off the left-hand side, cutting in onto his stronger right foot, which may suggest that manager Giovanni van Bronckhorst is considering him as a potential replacement for Ryan Kent.

The former Liverpool player could well be offloaded if the Gers receive a reasonable offer this summer, with his contract expiring at the end of next season.