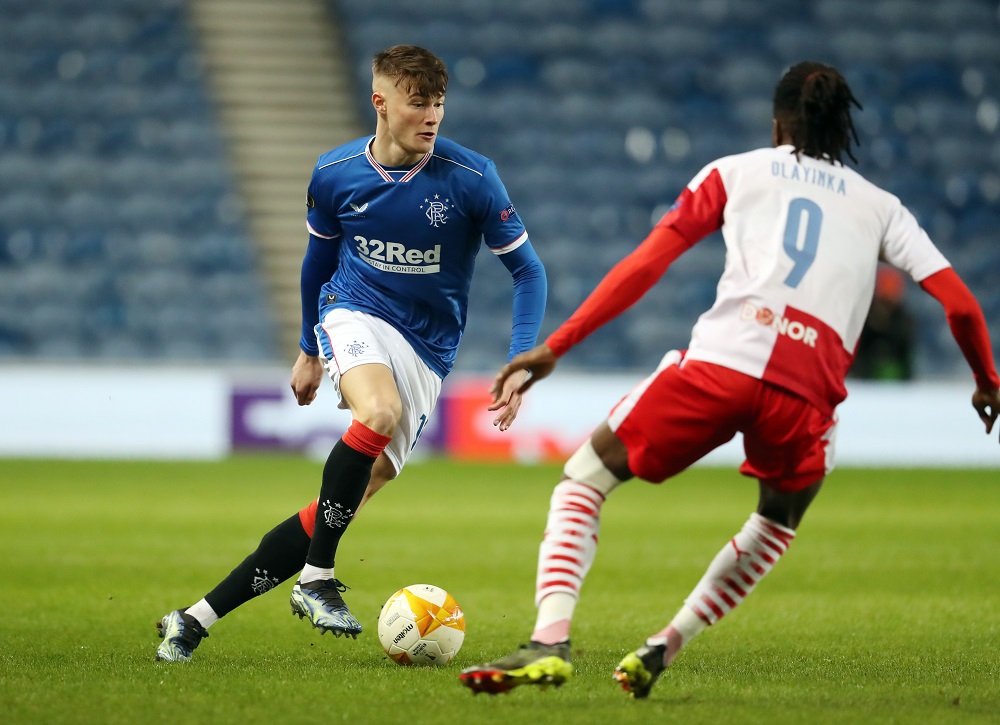 Former Rangers star James McFadden says Nathan Patterson‘s strengths are very much in the final third of the pitch, rather than as a defender.

The 19-year-old was pretty disappointing in the first half as Scotland went in 2-1 down at the break against Israel on Saturday. However, an excellent comeback in the second half, inspired by some great attacking play from Patterson, helped secure a 3-2 victory. McFadden claims the right-back was superb going forward:

“It was a joy to watch. Nathan Patterson in particular, his first half he gave the ball away probably nearly every time he got it. He could have done better in the situation for one of the goals. But second half he just keeps that composure. He just refocuses and takes the ball, demands it, wants to go and make things happen. Yes, he’s a defender, but his strength is without a doubt going forward.”

You couldn’t really have had two more contrasting halves from Patterson but, as McFadden points out, the fact that his poor first-half performance didn’t phase him shows the confidence the teenager possesses.

He is certainly no shrinking violet. Some would have chosen to hide and not asked for the ball, but Patterson was determined to put things right, and he showed his strengths as an attacking fullback.

Of course, he can definitely improve in certain areas, and that will come with time and experience. With Everton and Manchester United circling, some fans fear he could leave but, hopefully, he will choose to continue his development at Ibrox.