‘A Bargain’ ‘No, He Seems A Potential Haller 2.0’ Fans Discuss Whether West Ham Should Pursue Striker Who Could Be Signed For Only 10M 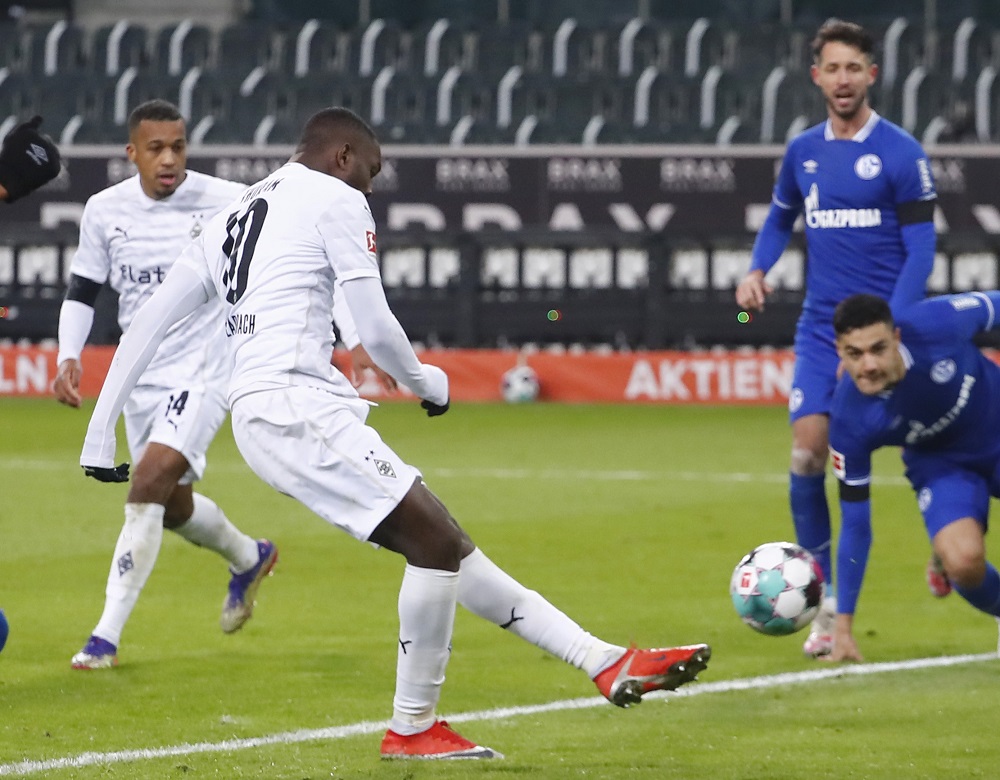 Borussia Monchengladbach are considering whether to sell forward Marcus Thuram for a knockdown price this summer, according to The Athletic‘s David Ornstein.

The Frenchman is out of contract at the end of next season, and Gladbach may look to offload him for around £10m to £15m:

🚨 With demand for top strikers this summer not matched by supply, plenty of movement anticipated at level below. E.G. Marcus Thuram set to depart Borussia Monchengladbach for expected fee of ~£10/15m. 24yo has changed agents ahead of window @TheAthleticUK https://t.co/6h96OANb62

Thuram has been linked with West Ham in the past, with the likes of Tottenham, Arsenal and Chelsea having also taken an interest in the striker. Hammers fans on Twitter are, though, very much split on whether they should pursue the player:

10 quid is a bargain tbf

I’ve wanted him for ages would be a dream

No, he seems a potential Haller 2.0

After he got injured

Not for me. His career goals record is less than one in five. Not exactly what we require eh?

It must be said that Thuram’s form this season has been decidedly unimpressive, having managed just three goals and one assist in 22 appearances. However, injuries have played their part in the 24-year-old struggling.

With question marks over both his ability and his fitness, though, it does ring alarm bells. As one supporter has mentioned, the last time the Irons spent money on a striker from the Bundesliga, Sebastien Haller, things didn’t go well. We shall see if West Ham do make a move for the France international.

Virüslü
‘A Bargain’ ‘No, He Seems A Potential Haller 2.0’ Fans Discuss Whether West Ham Should Pursue Striker Who Could Be Signed For Only 10M
# Arsenal # borussia monchengladbach # Chelsea # marcus thuram # Spurs # West Ham