‘Can’t Be Him’ ‘On His Right Too. I Need To Lie Down’ Fans Perplexed As West Ham Star Once Again Turns On The Style For His Country 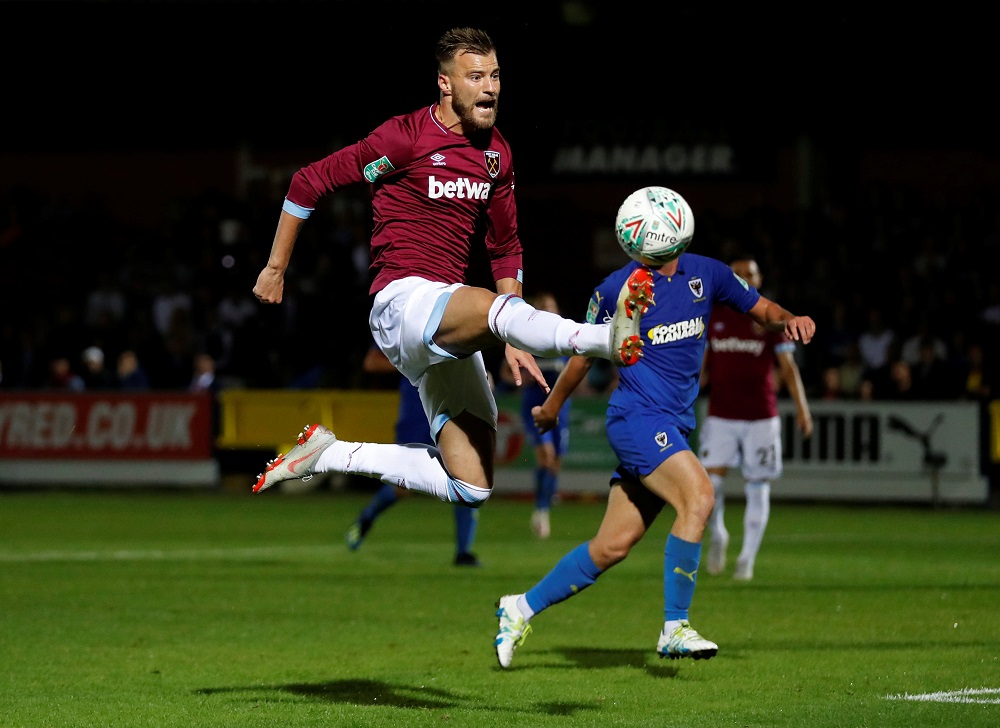 The 31-year-old barely gets a look-in at the Hammers, but he consistently plays well for his country, leading some fans on Twitter to question whether he is the same player:

With his right foot as well? Give over. Cant be him 😂

On his right too.
I need to lie down….

Amazing ain’t it. Knows he’s their main man and thrives on it 🤷‍♂️

Didn’t think he could use his right foot 😳

With his right foot as well? Give over. Cant be him 😂

He’s required to do way too much defending and holding of the ball for us. For them he gets to play in free space and do whatever he wants haha

Yarmolenko steps up his game when he plays for Ukraine. His 43 goals and 23 assists in 103 appearances are a testament to that.

In contrast, since he arrived at the London Stadium, the winger has bagged only 10 in 63 games. There are, of course, mitigating circumstances that you have to consider.

For starters, Yarmolenko’s injury record means he has missed A LOT of football over the past three years. On top of that, he is usually used as a substitute that has limited his effectiveness.

The fact is, though, the Ukrainian simply doesn’t work hard enough to warrant a place in the front three, with the likes of Michail Antonio and Jarrod Bowen both offering a great deal more.

Virüslü
‘Can’t Be Him’ ‘On His Right Too. I Need To Lie Down’ Fans Perplexed As West Ham Star Once Again Turns On The Style For His Country
# andriy yarmolenko # finland # ukraine # West Ham