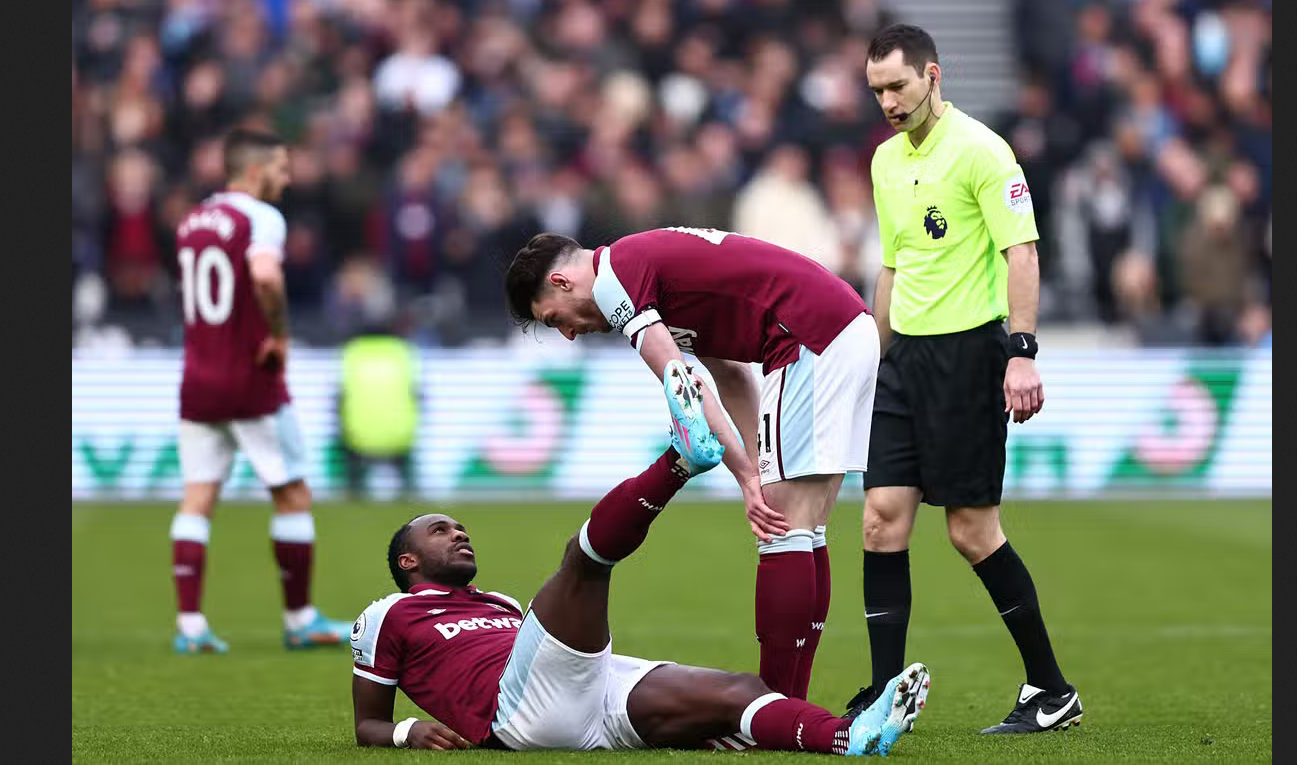 Antonio and Cresswell were forced off in Sunday’s 2-1 win over Aston Villa and are doubts for the second leg of their last-16 tie at the London Stadium.

David Moyes refused to disclose the severity of injuries so to not to give any advantage to Sevilla.

But it did not look good for Antonio, who went off holding his left hamstring.

Jarrod Bowen was already a major doubt for the Sevilla game on Thursday, with West Ham trailing 1-0 from the first leg.

“I don’t really know [how fit they are] yet but if I did I would not tell you because I am not going to let Sevilla know any idea whether they’re going to be fit or not,” said Moyes.

Asked if they might have to rely on Andriy Yarmolenko more following his goal, Moyes said: “That would be unfair to say that as I would not answer that as it would suggest Mich is not going to be fit.

The Italian has taking part in training sessions but he is said to be struggling with an issue, although the Hammers are believed to be confident that he’ll be fit to face Wolves later this month.

Ogbonna is reportedly not the only player who has had fitness problems following their return to training, with both left-back Aaron Cresswell and forward Michail Antonio also having missed some sessions.

However, the pair are now back fit, and they should be ready for when the Premier League season resumes on the weekend June 20th – 21st.

The TV schedule for the first round of fixtures has not been made public yet so the exact date and time of the Hammers’ game is still unknown. Manager David Moyes will be hoping to have a fully fit squad when the campaign restarts.