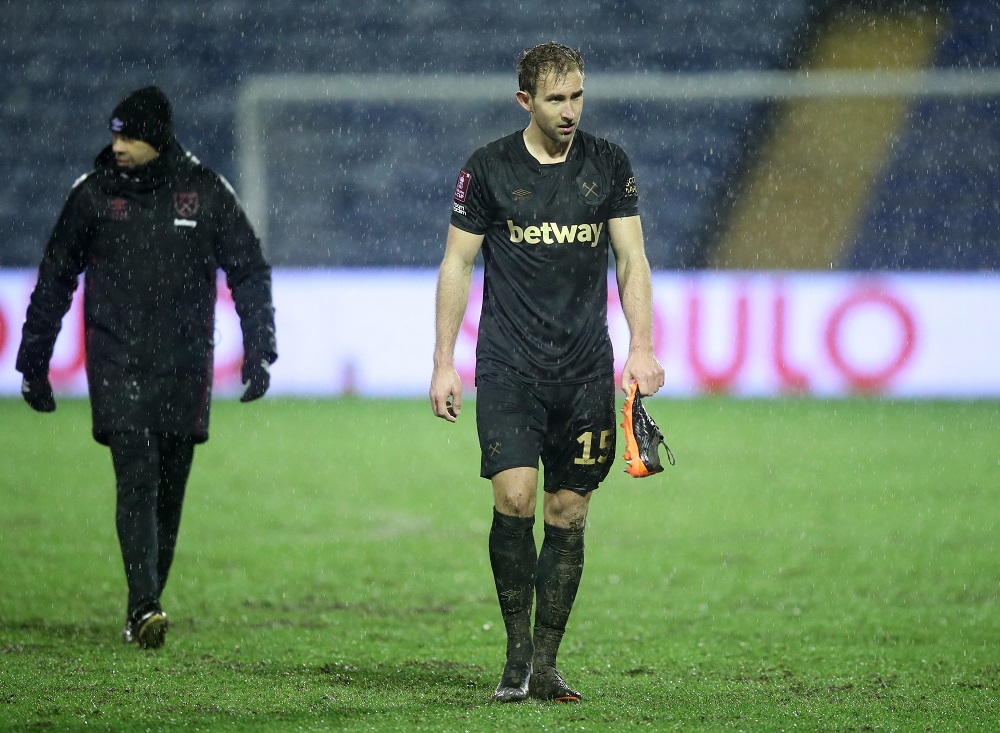 West Ham manager David Moyes says he was disappointed with Craig Dawson’s decision making which led to the 31-year-old being sent off against Chelsea yesterday.

The centre-back pulled back Romelu Lukaku, leading to a penalty and a red card for the defender, but Moyes feels he should have cleared the ball much earlier:

Dawson has been handed an automatic one-match ban, meaning he will be missing when the Hammers play their next league game against Arsenal.

With Angelo Ogbonna out for the season due to an ACL injury, Kurt Zouma currently sidelined with an ankle sprain, and Issa Diop likely to be out for a number of weeks with his own ankle injury, Dawson’s absence will be keenly felt next weekend.

Luckily though, the defender will be available for the crucial first leg of West Ham’s Europa League semi-final against Eintracht Frankfurt at the London Stadium coming up on Thursday.