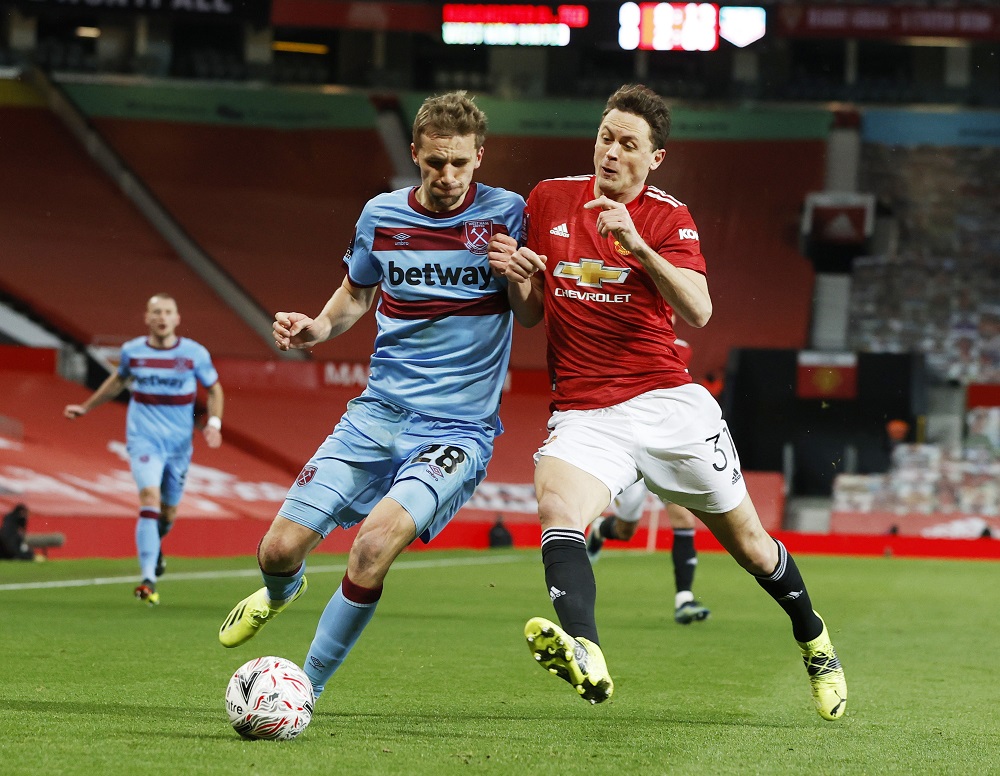 Juventus are weighing up a potential bid for West Ham midfielder Tomas Soucek, according to reports in the Italian media.

The Serie A side could be prepared to pay around £40m for the Czech international and it has led to a split among supporters on Twitter over whether the Hammers should consider such an offer:

Take that any day of the week

I don’t think fans have a clue how lightweight we become if he leaves. He is so important to us. It’s no coincidence that he has been at the club for our two most successful seasons in decades.

i dont hate soucek but 100% take the money. use that + 10m and we could get phillips if he’s available

We absolutely need to keep him. Everyone presuming that money would go into the kitty is forgetting that our £ out doesn’t usually go towards incoming transfers. He’s a solid player who grabs us the odd crucial goal. We need battlers and he’s one of our best.

We shouldn’t even be thinking of selling with our thin squad, Noble retirement, number of out of contract players and GSB / Moyesiah very slow to recruit. We need to add to our squad. Gets a rest in the summer and will be Massive for us next season

Think they should take it if they can get that. As long as the money is put back in and spent well

Fans need to understand why we have improved so much! It’s a big matter of the team bonding. Fans now saying get rid of this player and that player! We need depth!!! This man has been amazing and is a great asset. Build on it don’t sell sell sell

We still need him he’s good on aerial duels and important to us in set pieces. Some of our fans are taking his presence for granted!

There is no doubt that Soucek’s form has dipped this season. He has managed only six goals in all competitions and his passing hasn’t exactly been flawless.

Even so, the 27-year-old is still a vital member of the first-team squad. Manager David Moyes has started him in 32 of West Ham’s 35 league matches, and he has been a key player in the Irons’ Europa League campaign as well.

The fact that there was interest in Leeds’ Kalvin Phillips back in the January transfer window does, however, indicate that Soucek’s position in the starting eleven may not be entirely secure.

The Czech captain has been linked with moves to Manchester United and Bayern Munich in the past, though, and it may simply be the case that Juventus’s interest will also just fade into the background.