‘We’re Not That Desperate’ ‘For Me, If Moyes Wants Him, Then Yes’ Fans Discuss Whether West Ham Should Snap Up Arsenal Marksman 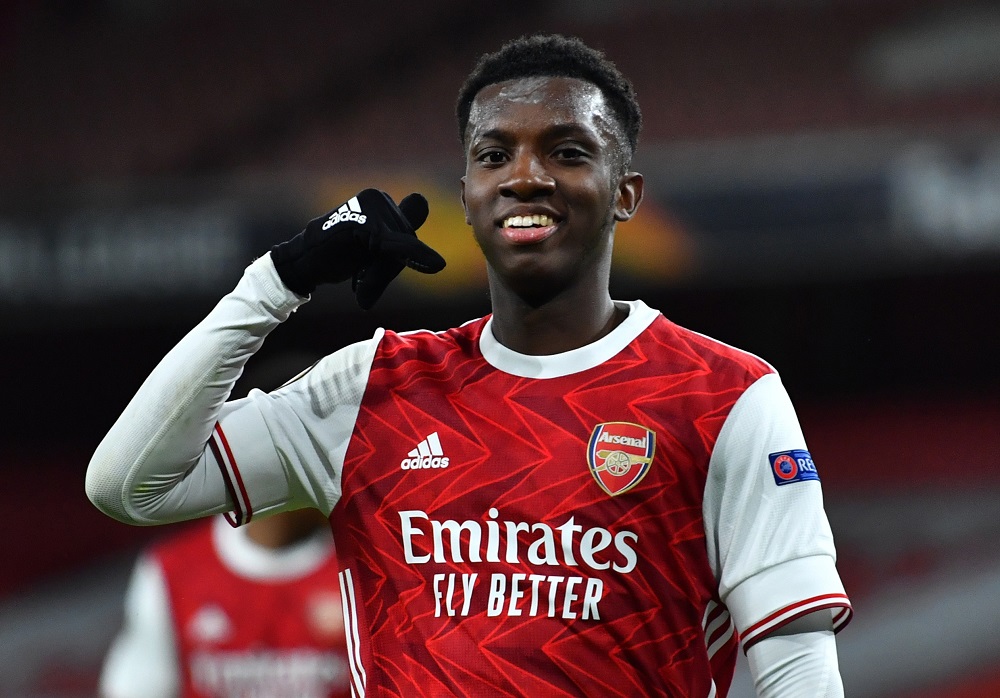 Arsenal’s Eddie Nketiah has been linked with West Ham on and off over the past year, and with the striker getting a brace in the Gunners’ 4-2 win over Chelsea on Wednesday night, supporters have been discussing whether the Hammers should sign him this summer.

The 22-year-old is out of contract in June and will be available on a free transfer, but when asked whether West Ham should snap up the player, fans on Twitter were very much split on whether it is a good idea:

We’re not that desperate

For me, if Moyes wants him, then yes.

He wants to start every game so no.

Yes still young presses and has tonnes of room for development.

No a lot better options.

Yes because he is free

No he is not good enough

Yes, he’s young, hungry and got a point to prove. He could develop into a great player under Moyes.

Been saying this for months. Him, Antonio and one more ST would have us set up top.

Right age profile as well as homegrown. No brainer if we can make it happen.

Other teams, including Crystal Palace, Newcastle and Brighton have also been mentioned as potential suitors for Nketiah but, so far, no club has been made favourite for his signature. The Irons would, therefore, have a decent chance of securing his services but there are concerns about his ability.

Although he is an excellent finisher, Nketiah’s all-round game is pretty limited, whilst his consistency has also been called into question. If he moves to the London Stadium, he may be better suited to being the backup for a more high-profile signing such as Darwin Nunez.

Virüslü
‘We’re Not That Desperate’ ‘For Me, If Moyes Wants Him, Then Yes’ Fans Discuss Whether West Ham Should Snap Up Arsenal Marksman
# Arsenal # Brighton # Crystal Palace # eddie nketiah # Newcastle United # West Ham