Liverpool are closing in on the signing of Darwin Nunez after agreeing a £64 million fee with Benfica for the Uruguayan striker.The forward is set to undergo a medical on Monday and has agreed personal terms for a six-year contract at Anfield.Nunez had also been wanted by Manchester United and a transfer to Anfield could be an early blow to Erik ten Hag, but Liverpool were able to offer Champions League football and the forward preferred to move to Merseyside.He could become Liverpool’s record signing, replacing the £75 million Virgil van Dijk, if add-ons worth up to an extra £21 million are triggered, both by his appearances and the team’s success. 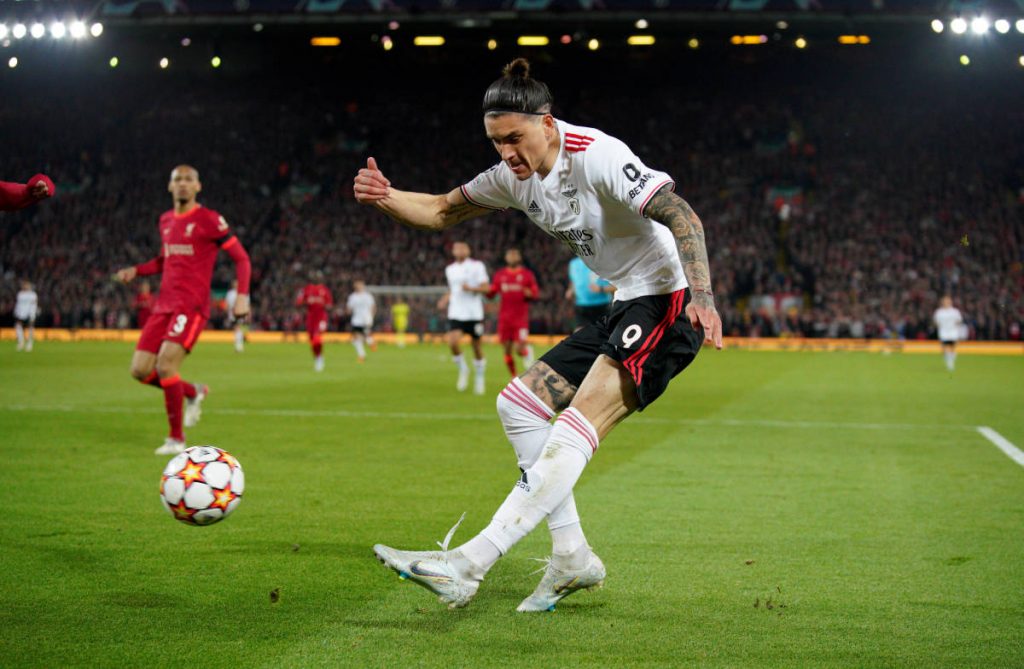 Nunez’s signing could help facilitate Sadio Mane’s move to Bayern Munich, with Liverpool adamant they wanted to recruit a replacement before selling the Senegalese, though the German champions are yet to meet their £42 million asking price.

Nunez struck 34 times for Benfica last season, finishing as the top scorer in the Portuguese league and finding the net in both legs of the Champions League quarter-final against Liverpool.

Jurgen Klopp praised him after his goal at Anfield, saying: “Extremely good-looking boy, eh? And a decent player as well. Really good, really good, you have to say: physically strong, quick, plus calm around his finish, when he finished the goal off he was really calm. If he stays healthy it’s a big career ahead of him.”

Nunez is set to become the second forward Liverpool have signed from Portugal in 2022,

Christian Eriksen considering his options after contract offer from Brentford

Tottenham transfer than to Arsenal