First-half goals by Leigh Griffiths and Kris Commons were enough for the green side of Glasgow in the 400th match between Scotland’s two biggest teams.

Celtic, the reigning Scottish champion, hardly had to stretch against a rival that plays in the second tier as it battles its way back up the league following demotion to the bottom division in 2012 for financial mismanagement.

Dundee United awaits Celtic in the final after beating Aberdeen 2-1 in the first semifinal on Saturday.

A usually incendiary fixture appeared to pass off without major incident at the neutral national stadium, Hampden Park, although a huge melee involving players from both teams erupted in injury time after a late tackle by Celtic captain Scott Brown.

Rangers fans in the 50,925 crowd sang loudly and proudly at the final whistle, happy to just be back at this level after three years of pain brought on by boardroom chaos that left the club on its knees.

Rangers went out of business in 2012 and a new team had to be developed, a damaging blow to a club with a proud heritage and one that had been Scottish champions a record 54 times.

A two-hour long meeting on Monday morning led to Celtic‘s coronation, as well as Hearts being relegated to the Championship. Sutton took to Twitter to say the Hoops’ ninth title in a row was fully deserved: 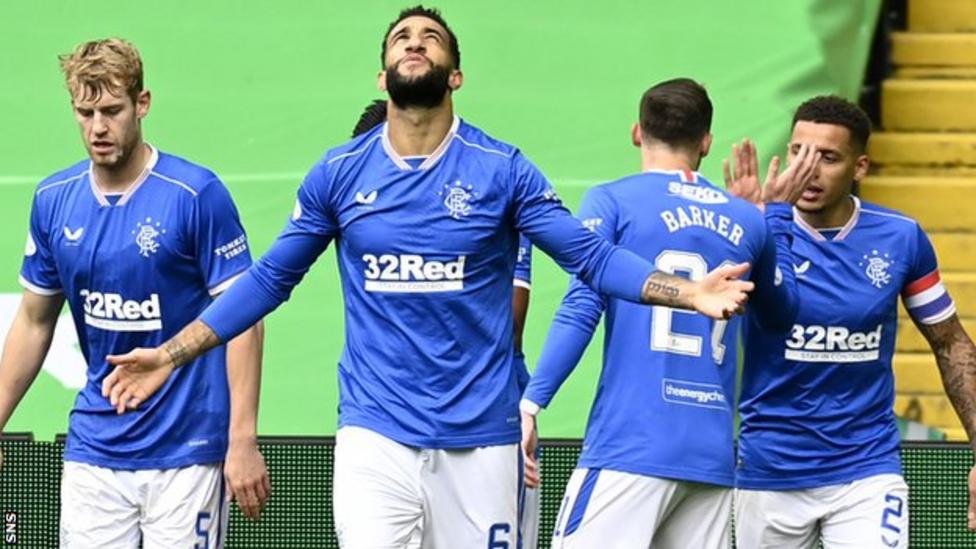 Celtic were already 13 points clear of their Old Firm rivals before the season was halted, and it was highly unlikely that Rangers would have been able to catch them with nine games to go.

It means Neil Lennon’s men have now matched the nine title’s Jock Stein’s side managed between 1965 and 1974. Rangers have matched that run in the 90s but nobody has ever won ten on the trot.

With that being the case, it could well be a truly historic season for Celtic as and when the 2020/21 campaign kicks off.