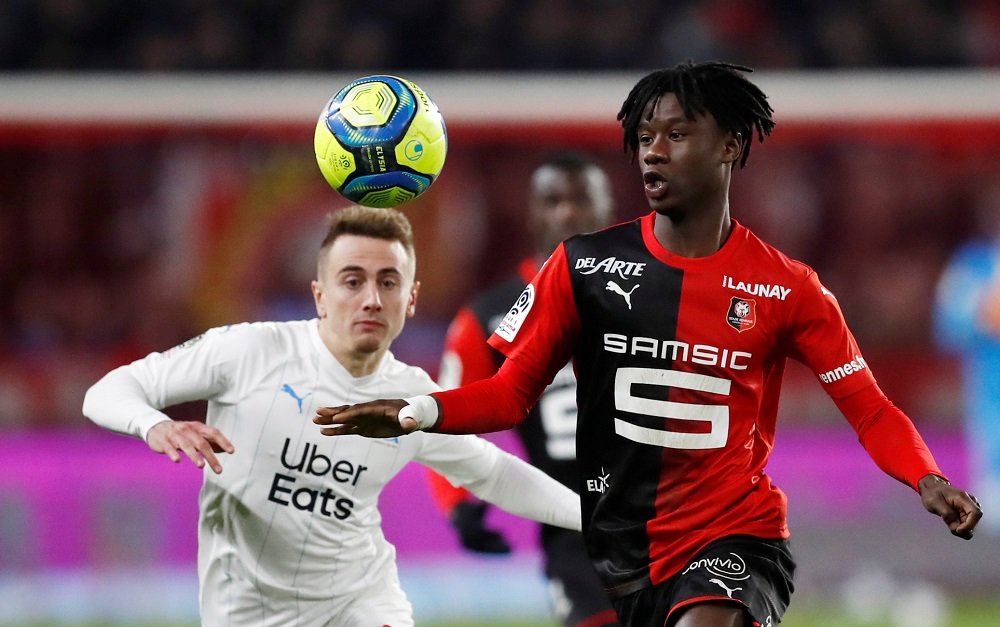 Manchester United have decided to cool their interest in Rennes midfielder Eduardo Camavinga, according to journalist Pete O’Rourke.

Earlier this month, it was reported that the Red Devils, along with Chelsea, were looking to hold talks about signing the 18-year-old but, since then, there have been claims that the player would prefer to stay in France or move to Spain.

O’Rourke believes United are not likely to make a formal bid for Camavinga at this time, with the club taking a ‘wait and see’ approach:

“I think he’s dropped down the pecking order at Manchester United right now. There’s no rush to try and do this deal.”

Undoubtedly, one of the reasons why United haven’t pressed ahead with an offer for Camavinga is down to the player seemingly being less than enthusiastic about a switch to the Premier League.

On top of that, the teenager’s asking price is also likely to prove a major obstacle, with Rennes reportedly demanding €40m (£34m), despite the player having less than a year left on his contract.