‘Is He Any Good?’ ‘Better Than De Jong In My Books’ Fans React As United Battle Arsenal For Portuguese International 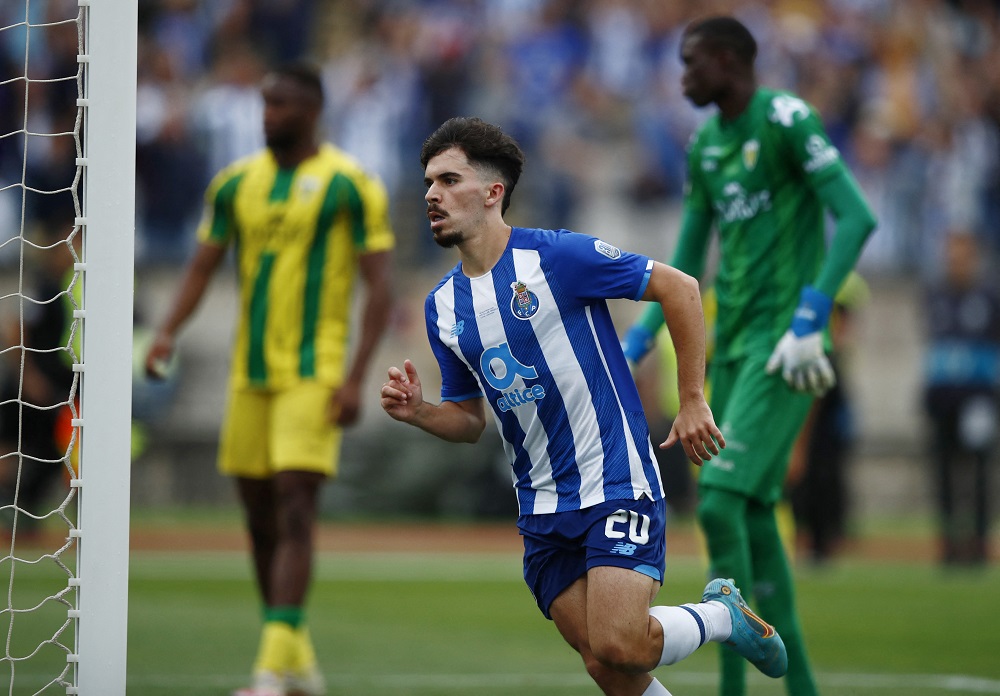 Manchester United and Arsenal are both considering whether to sign Porto midfielder Vitinha for €40m (£35m), according to reports in Portugal.

The 22-year-old has a release clause which the two Premier League clubs may look to take advantage of, but United supporters on Twitter are rather split on whether signing the player is a good idea:

Is he any good?

just get him for 40million, better than De JOng in my books

Are we playing with 10 attacking midfielders? 🙂

Vitinha is very much promising. I have watched his highlights, very encouraging. The problem is #mufc. We might not sign him

Vitinha has played in England before, spending the 2020/21 season on loan at Wolves. He didn’t make much of an impression, although he has clearly improved since then, going by his performances for Porto and the fact that he is now a fully-fledged Portuguese international.

You would still think that Barcelona’s Frenkie de Jong is the number one target, but it may be the case that Vitinha is being looked at as a potential alternative.

The midfielder’s availability and price tag would mean that United could devote more resources to strengthening other areas of the pitch as well but we shall see how this transfer story develops.