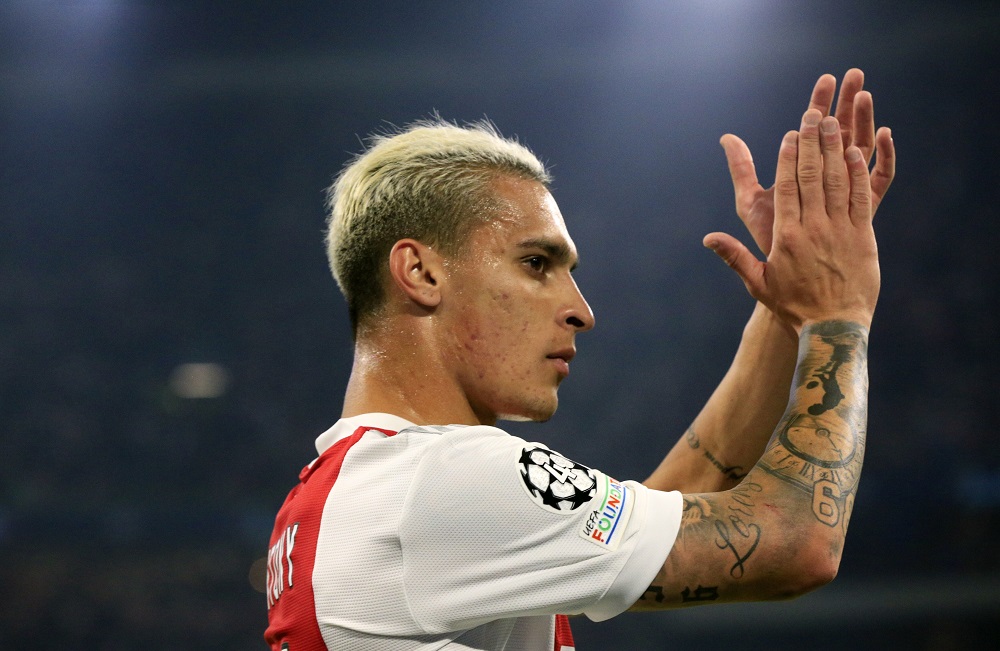 Manchester United, Liverpool and Newcastle have all reportedly made proposals to sign Ajax winger Antony.

The 22-year-old, who has also been linked with Chelsea in recent months, is expected to fetch northwards of €50m (£42m) this summer. The Brazilian media believe the Red Devils are favourites for his signature currently, due to his close connection to Erik ten Hag, and fans on Twitter are backing the move for the player:

That’s a hot deal if were being honest. Imagine anthony and sancho on both flanks you’d go mad

I don’t see Liverpool getting him ahead of us, with Edwin at Ajax

no way Liverpool want another winger, we should be all over Antony this summer and get the deal done

No one have a chance if ten Haag wants him.

Get him that’s rw sorted

Get him already we need a RW

Antony and Sancho would be mad fun

We shall see if these reports turn out to be accurate. As some supporters have pointed out, it’s likely that United will be linked with a whole host of ten Hag’s former players at Ajax before the end of the summer.

Signing Antony would make sense, though, considering he would fill the problem position on the right-hand side of attack. Mason Greenwood’s absence and the decision to play Jadon Sancho mostly on the left flank means there is room for another wide player.