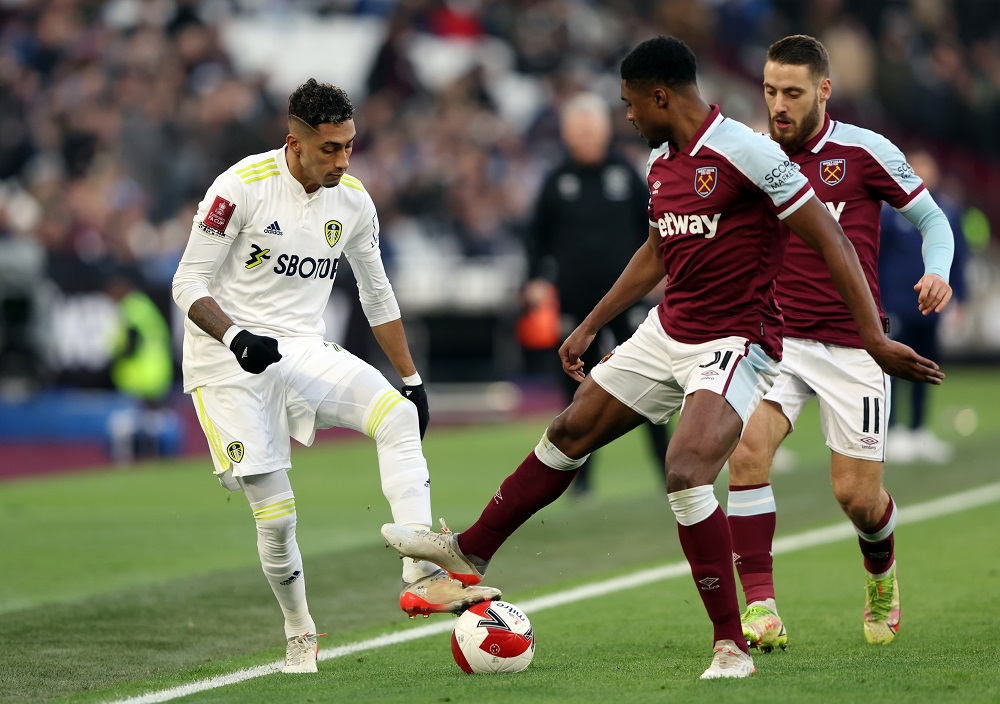 Manchester United are “monitoring the situation” of Leeds winger Raphinha, according to the Daily Telegraph‘s Mike McGrath.

The journalist claims that manager Erik ten Hag wants to recruit a striker but the Dutchman would also be satisfied if the club secure a “left-footed right forward” like Raphinha:

Jesse Marsch warns Leeds’ squad will be broken up if they cannot avoid drop | @mcgrathmike https://t.co/5eF4CiR5Eo

Multiple reports suggest that Raphinha does have a relegation release clause in his contract, which means he could be signed for only £25m. However, there are many other teams who are also aware of his circumstances.

Barcelona are believed to have already agreed personal terms with Raphinha, but their interest is likely to be dependent on the release clause becoming active. Chelsea, Arsenal, Liverpool and West Ham have also been credited with a strong interest in the player over recent months.

Raphinha is not the only Brazilian right-sided forward that United are looking at, with it being claimed that ten Hag would also be keen on reuniting with Ajax winger Antony.