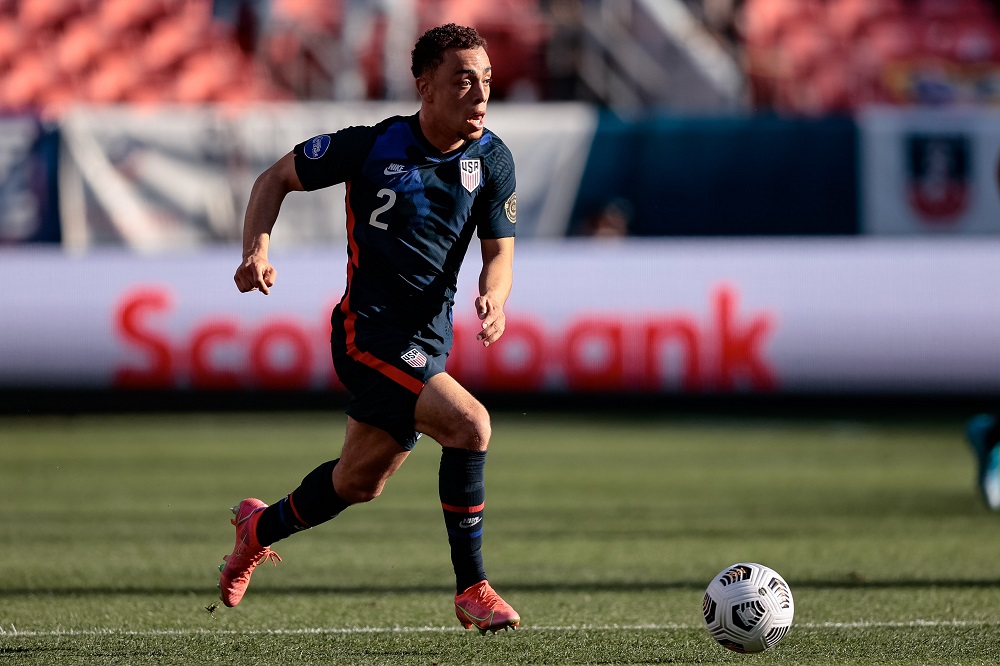 Manchester United, Chelsea and Tottenham have all been “approached” by intermediaries about signing Barcelona right-back Sergino Dest, according to 90min.com.

The website claims that the American international has been told by Barca that he can find a new club, despite having only made the switch from Ajax 19 months ago.

New Red Devils boss Erik ten Hag knows Dest well after handing him his first-team debut, and 90min report that the 21-year-old would be keen on linking up with his former manager once again.

It is not yet certain whether United would press ahead with a bid to sign the defender. A right-back is a position that the club will need to strengthen, if Aaron Wan-Bissaka is allowed to leave Old Trafford.

However, there are more pressing concerns in other areas of the pitch (e.g up front and in midfield) so a move for Dest could be something that is revisited later in the summer.