Julian Carranza, Philadelphia Union own DC United: “He can be elite” 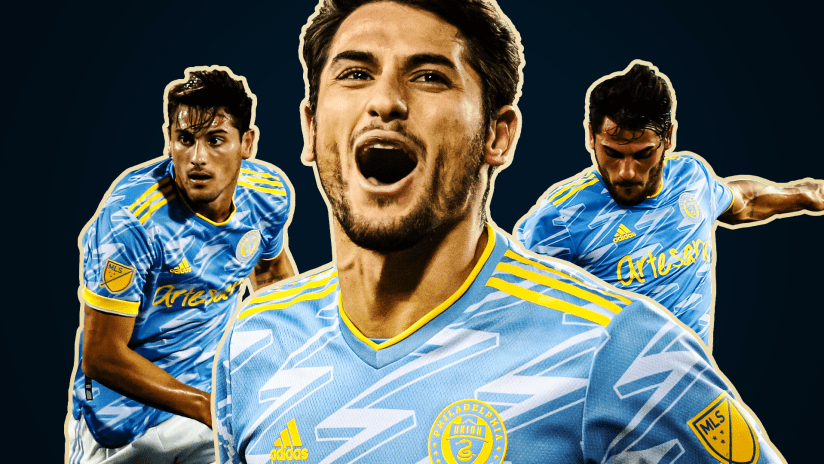 Julian Carranza, Philadelphia Union own DC United: "He can be elite"
Share

In their two Eastern Conference meetings, the Union have picked up a pair of dominant wins and compiled a jaw-dropping +13 goal difference. It’s the largest goal difference by one team against another in a single MLS regular season, per Opta.

The first victory was a stunning 7-0 result at Subaru Park on July 8, against a D.C. side led by then-interim manager Chad Ashton. Afterward, the now-assistant coach called it an “embarrassing performance” – and the result gave way to Wayne Rooney’s eventual hiring.

The common denominator in both wins? Carranza, who was originally acquired by Philly during the offseason on loan from Inter Miami CF before his purchase option was exercised July 13.

Carranza has recorded half of his 12 goals this season against the Black-and-Red, putting him among the top-10 candidates in the 2022 MLS Golden Boot presented by Audi race.

“Julian’s confident and he’s still young. He’s got a lot of room to improve and grow,” said Union head coach Jim Curtin after the match. “We’re just seeing the start of something special for Julian Carranza. I think he can be elite.”

Curtin has previously likened the 22-year-old Argentine to NYCFC striker Taty Castellanos, who won the 2021 Golden Boot and is currently out on loan at Girona in Spain’s LaLiga. Some of those qualities surfaced at D.C. United, too:

And while Carranza will deservedly get the headlines for his hat-trick performance, the Union’s entire front line put on a show. Daniel Gazdag notched a goal and two assists, and Mikael Uhre recorded a goal and an assist, in addition to earning a penalty kick.

“A lot of the top strikers you see are, I’ll just say it: Pretty selfish, and you see 20-something goals and two assists,” mused Curtin. “These guys are willing to pass and contribute in other ways, and that’s what makes them dangerous.”

Philadelphia’s wins also illustrate the opposite trajectories of these I-95 neighbors. D.C. are 14th in the East, while Philadelphia are comfortably in first place and challenging LAFC for their second Supporters’ Shield in three years.

Heading in different directions, D.C. sure will be glad they don’t face Carranza again this year.

“I do my best in every single game, but against [D.C.] I think I’m lucky and I scored three goals both games,” said Carranza, who also has seven assists on the year. “So that’s good for me and good for the team.”

The next Taty? Julian Carranza aims high after finding a home with Philadelphia Union
Post Views: 44
0

Virüslü
Julian Carranza, Philadelphia Union own DC United: “He can be elite”