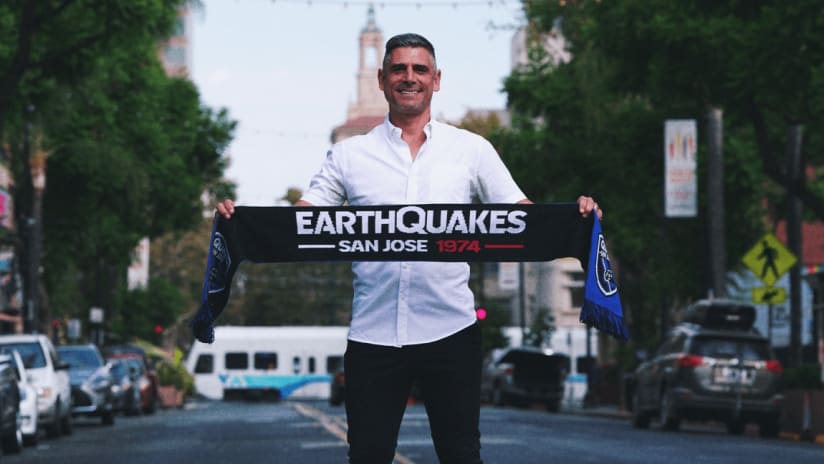 “Luchi has all of the attributes that we sought in our next head coach,” Earthquakes general manager Chris Leitch said in a club statement. “He has had success coaching in Major League Soccer with playoff appearances in his first two seasons and has a very strong track record in youth development.

His strengths and desires align with our short and long-term goals as a club, and we look forward to him taking the reins after the World Cup.”

González was one of several candidates interviewed. Transfermarkt understands that one candidate was former Pacific FC and current North Texas SC head coach Pa-Modou Kah. González, however, won out over other candidates.

“I’m really excited for this opportunity with one of the league’s founding clubs,” said Gonzalez. “I thoroughly enjoyed working with the club’s leadership team throughout the interview process and was impressed by their vision for the future, both on and off the field.

Enjoying his time as an assistant with the US men’s national team and fully focused on preparations for the 2022 World Cup, Luchi Gonzalez didn’t expect to decide his future anytime soon.

Gonzalez is a sought-after coach, though. And the San Jose Earthquakes have long wanted to make him their next manager. Interest turned into interviews and further talks over the last couple of months. Visions aligned, Gonzalez says he got assurances from ownership that spending will increase, and the fit was a strong one.

The Quakes couldn’t wait much longer and Gonzalez couldn’t let this opportunity pass, appointing the USMNT assistant Wednesday to take over from interim head coach Alex Covelo for the 2023 MLS campaign after the conclusion of the World Cup.

“This is a moment that was maybe a little earlier than I expected, because my focus is the US and the World Cup,” Gonzalez told media on Wednesday. “But it’s flattering and honoring.”

Gonzalez was actually at FC Dallas’ recent 4-1 win over the Earthquakes for US Soccer, just days before officially being named San Jose’s new boss.

“The club were looking for a commitment, they wanted to know early who their coach would be so they could start to plan,” Gonzalez said. “They needed clarity… they needed time to prepare. I understand the timing. I physically cannot be here until January, but obviously in the shadows I will support the growth and the process of planning for next season.”

Gonzalez, who joined Gregg Berhalter’s staff in December 2021, got to experience the end of a successful qualifying campaign and now spearheading the push to the tournament itself, kicking off in November. It is only his second job on a senior staff, after first being head coach of FC Dallas’ first team from 2019 to September 2021. Prior to that, he was FCD’s academy director.

Gonzalez and general manager Chris Leitch have already begun to analyze the current Quakes squad, which pieces will remain with the core and areas to improve. While San Jose are languishing near the bottom of the Western Conference standings, the roster is far from bereft of interesting players.

Jeremy Ebobisse – Leitch’s first major acquisition after becoming interim GM last summer – has been awesome, tied for fourth in the Golden Boot presented by Audi race with 14 goals so far this season. Cristian Espinoza has been among the league’s top creative wingers and Jackson Yueill played his way onto the national team radar as he developed in San Jose. Jamiro Monteiro is having his best season in MLS since 2019 and the academy continues to produce first-team talent.

“It’s been a respectful process of them getting to know me and me getting to know the club,” Gonzalez said. “Visions were discussed. Potential of the project was discussed, including the roster, the current roster and how pieces can be added. It’s a lot of exciting things that San Jose have to offer. There’s already a competitive base in the roster. The staff is already a strong foundation.”

The academy/development piece of identifying Gonzalez as a top target is key. Leitch has often talked about further emboldening the pathway from the academy to the first team, as San Jose are quietly becoming one of the top academies in the league. All US youth national team camps seem to involve multiple Quakes players. 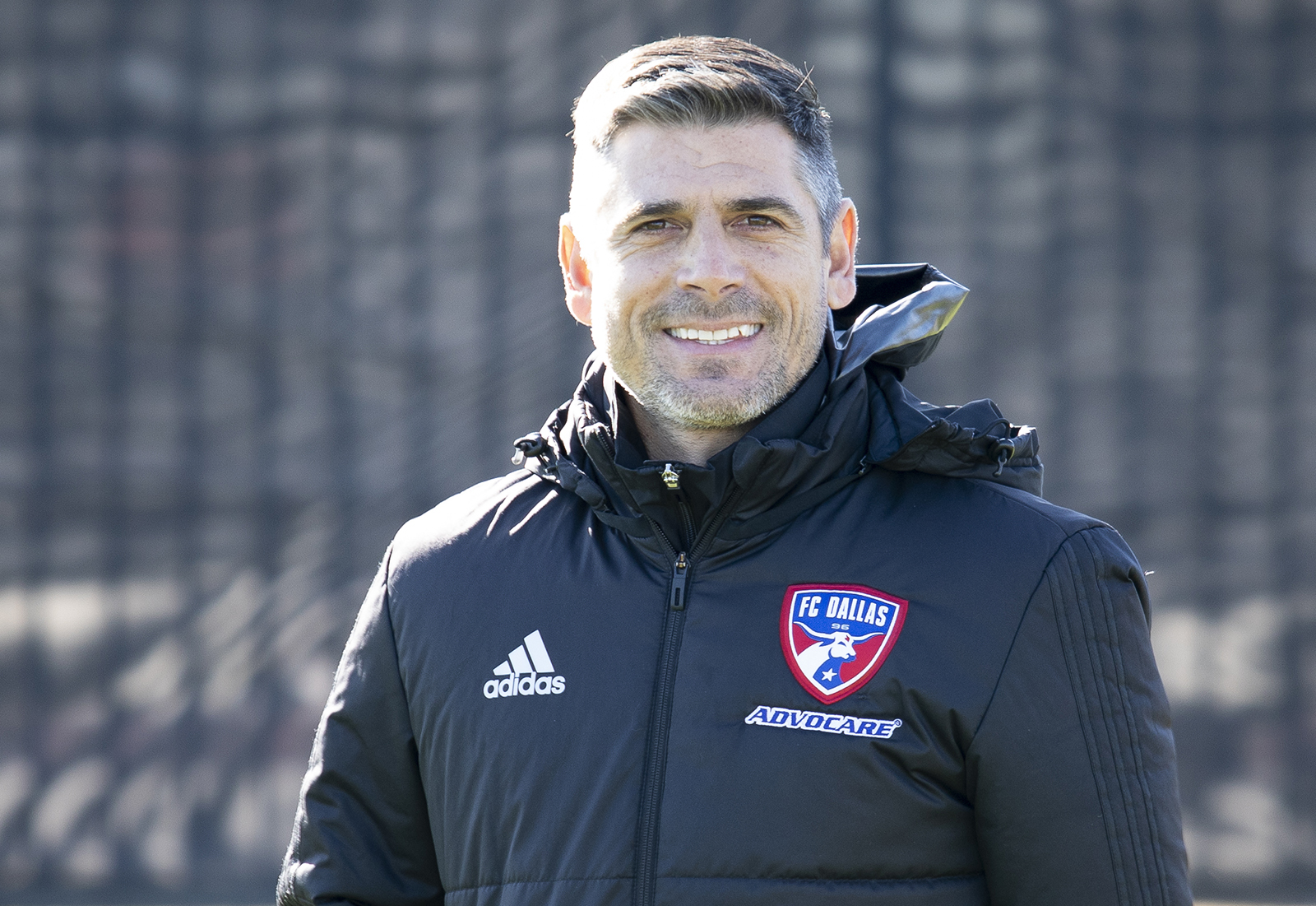 Cade Cowell is the crown jewel at the moment, an 18-year-old on the radar of big clubs in Europe, and San Jose have already rejected bids from Ligue 1’s Reims for him. Cruz Medina, who just signed a homegrown deal a few months ago, is regarded among the best talents in his age group. More will continue to come behind them.

In Dallas, Gonzalez played an integral role in the development of numerous players, perhaps most notably Ricardo Pepi as he had him both in the academy and first team. Pepi made a $20 million transfer to German Bundesliga side Augsburg last January. The club also developed and moved on Bryan Reynolds, Reggie Cannon, Tanner Tessmann, Justin Che, Dante Sealy and more under Gonzalez’s tenure.

“I’m proud of my development background, I’m a product of that system,” Gonzalez said. “That will always be a part of me. Young players need support, nurturing and they need opportunities. They can do amazing things. I know that firsthand, I’ve lived it.” 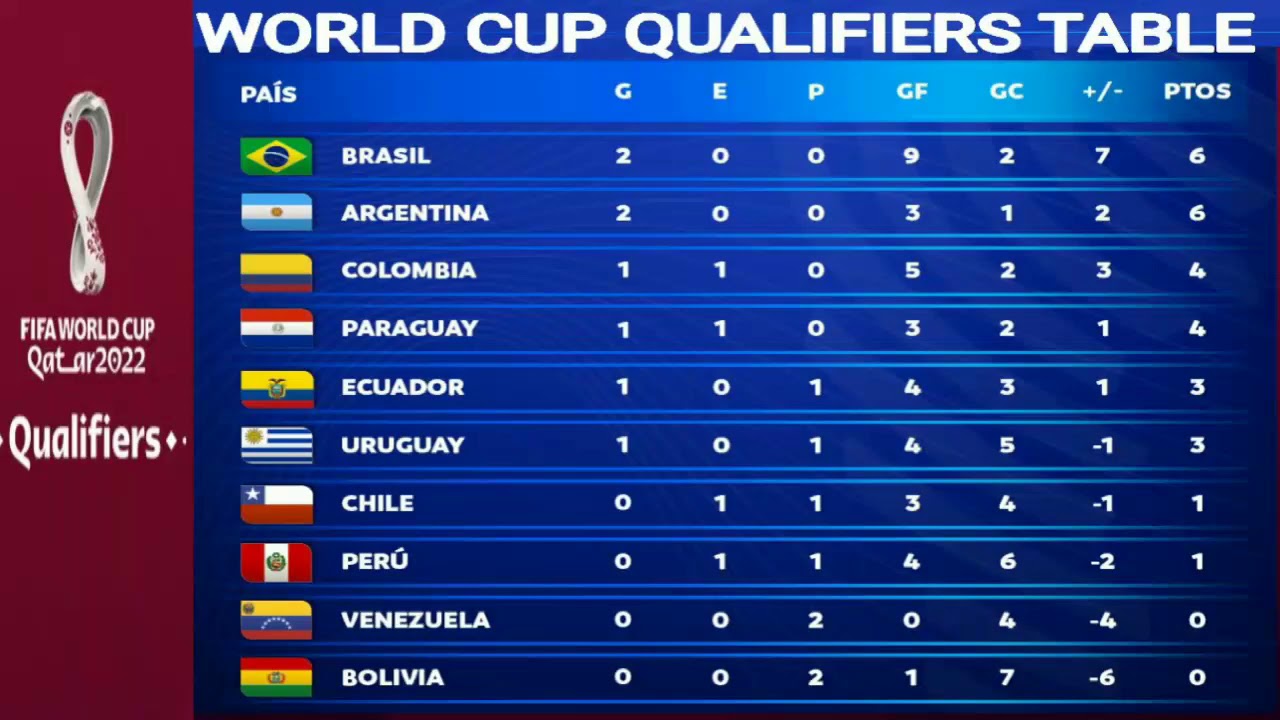 “We have to make the playoffs”

It won’t be all development, though. Gonzalez sought assurances from San Jose’s ownership group that the requisite budget to compete would be there, as the Quakes have been one of the league’s lower spending clubs.

“I lived experiences in Dallas and now understand the highest level of standards at US Soccer,” Gonzalez said. “Those are standards I’m carrying with me as I grow. For me to be part of a project to grow and reach its potential, then there has to be a minimum standard of investment. Not just a minimum, but an ambition. I felt full commitment of that from leadership and ownership.”

Gonzalez and Leitch want to build something over time, but already feel the urgency for success in 2023.