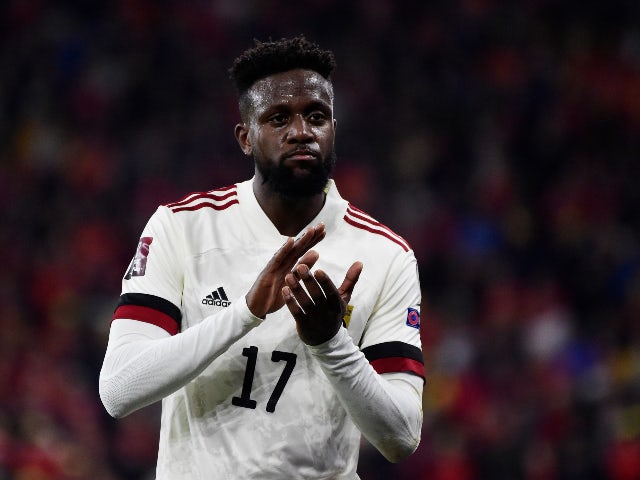 The Belgium international will depart Anfield upon the expiration of his contract next month and has already played his final game for the club owing to a muscular injury.

Origi picked up the issue in training, which forced him to miss the final-day Premier League win over Wolverhampton Wanderers, but he was given an on-field tribute nonetheless.

The 27-year-old has notched up a collection of late goals for the Reds over the past eight years, although he has consistently struggled to displace Mohamed Salah, Sadio Mane and Roberto Firmino in the attack.

The arrivals of Luis Diaz and Diogo Jota pushed Origi further down the pecking order at Anfield, and Jurgen Klopp confirmed earlier this month that he would not remain on Merseyside next season.

Origi is believed to have verbally agreed to a deal with AC Milan some weeks ago, and Maldini has now revealed that his move to San Siro is inching ever closer.

Romeno adds that Origi will travel to Italy next week to undergo a medical, sign his contract and formally complete his move to the Serie A champions.

Origi’s switch to the Scudetto holders comes following the news that Zlatan Ibrahimovic will spend the next eight months recovering from knee surgery after battling with injuries throughout the 2021-22 season.

Despite not handing Origi a single Premier League start in the most recent domestic campaign, Klopp did not hesitate to label the former Lille man a “legend” in a recent press conference.

“I expect Div to get a special reception [against Wolves]. One of the most important players I ever had. He was and is a pure joy to work with,” Klopp told reporters.

“It’s not over yet but he deserves all good thought we can generate for his future. He’ll be a success. I remember so many things when I think about Div. Goals, ups and downs. A Liverpool legend.”

Since joining from Lille in an £11.4m deal in the summer of 2014, Origi has gone on to appear 175 times in a Liverpool jersey, recording 41 goals and 18 assists in the process.

Origi has posted a respectable six goals and four assists from 18 outings in all competitions this term, including a goal against the Rossoneri at San Siro in the Champions League.

The Belgium international also came off the bench to score against West Ham United, Wolves and Everton in the Premier League in 2021-22 but only managed 126 minutes of top-flight action throughout the campaign.

Origi could be Liverpool’s only absentee for Saturday’s Champions League final against Real Madrid, with Thiago Alcantara, Joe Gomez and Fabinho all making the journey to France.