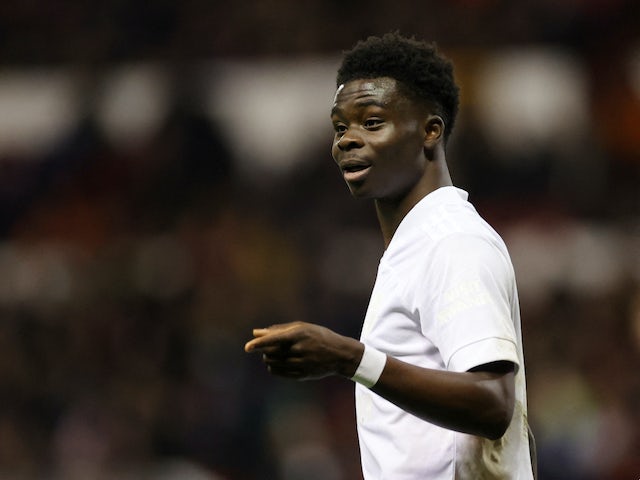 Arsenal have reportedly decided to delay contract discussions with Bukayo Saka until the summer.

The 20-year-old continues to go from strength to strength at the Emirates Stadium under Mikel Arteta and has registered seven goals and four assists from 24 Premier League appearances this season.

Saka’s contributions have helped Arsenal ignite a charge for Champions League football, but there have been suggestions that either Liverpool or Manchester City could tempt him away if the Gunners fail to make the top four.

The England international’s deal is not due to expire until 2024, though, and journalist Fabrizio Romano claims that Arsenal do not intend to open contract talks before the end of the season.

Romano adds that Saka is fully focused on Arsenal’s Champions League charge and “loves” the club, with Arteta recently confirming that talks over an extension will inevitably take place.

Saka now has 19 goals and 26 assists to boast from 117 games for his boyhood club, as well as four strikes and four assists from 14 England appearances.