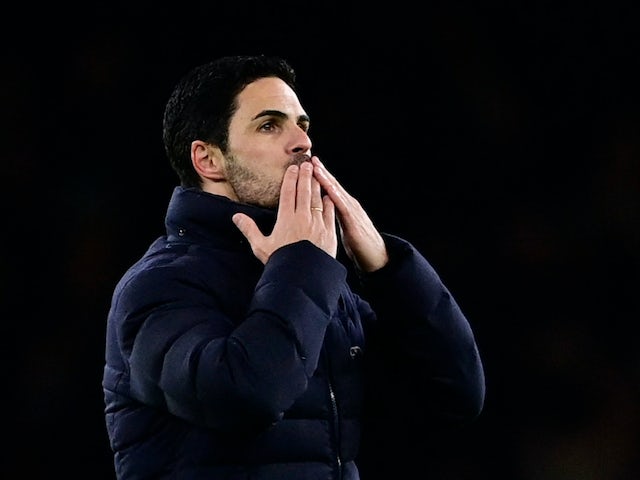 Arsenal manager Mikel Arteta has been nominated for the Premier League’s Manager of the Month award for February.

The 39-year-old oversaw a perfect month in the top flight for the Gunners, steering the club to three straight victories over Wolverhampton Wanderers home and away and Brentford.

Arsenal held on at Molineux after being reduced to 10 men before 2-1 wins over Brentford and Bruno Lage‘s side at the Emirates, with those victories seeing the sixth-placed Gunners move just two points behind Manchester United with three games in hand.

Arteta has now been recognised for the nine-point haul with a Manager of the Month nomination, with the Spaniard previously scooping September’s award for his first individual managerial honour.

Arteta will be up against Liverpool‘s Jurgen Klopp, Newcastle United‘s Eddie Howe and Southampton‘s Ralph Hasenhuttl as he aims to win the honour for the second time in the 2021-22 season.

Meanwhile, the nominees for the Premier League Player of the Month were also announced on Thursday, with Harry Kane and Joel Matip headlining the shortlist.