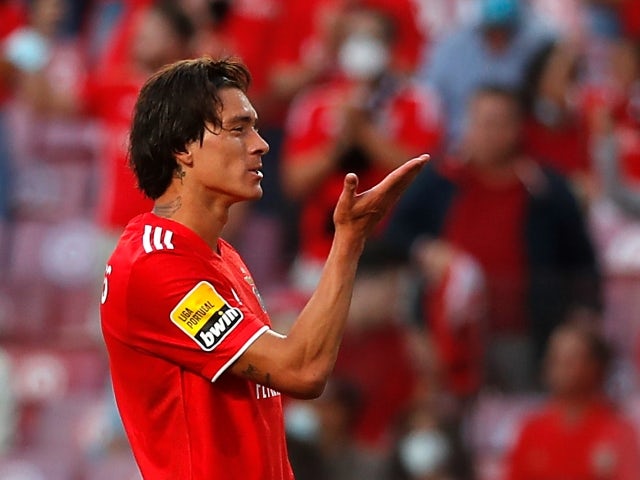 Benfica striker Darwin Nunez has reportedly agreed personal terms with Liverpool ahead of a proposed move to Anfield this summer.

The 22-year-old is one of the most sought-after attackers in Europe after enjoying an exceptional 2021-22 campaign in front of goal, netting 34 times in 41 appearances across all competitions.

Jurgen Klopp‘s side are believed to be ready to table a formal offer for the Uruguay international, who is valued at around £85m.

According to Sportitalia journalist Gianluigi Longari, an agreement on personal terms has been reached between Nunez and Liverpool and the Reds are now close to agreeing a fee with Benfica over the striker’s permanent transfer to Merseyside.

Nunez has also been strongly linked with the likes of Manchester United, Real Madrid and Newcastle United in recent weeks, but the South American is seemingly favouring a move to Liverpool this summer.

The potential arrival of Nunez at Anfield could see Sadio Mane – who is allegedly keen to seek pastures new this summer – leave the club, amid links with Bayern Munich.