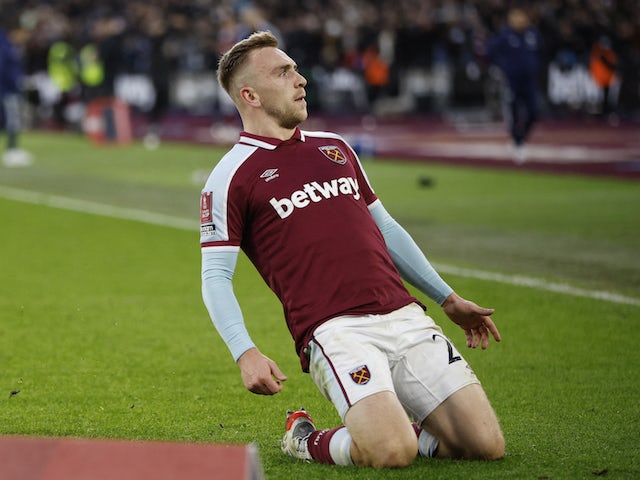 West Ham United may reportedly insist on receiving as much as £75m for Jarrod Bowen during the summer transfer window.

The 25-year-old has enjoyed a terrific campaign thus far, contributing eight goals and eight assists from his 27 appearances in the Premier League.

The playmaker, who is pushing for an England call-up, is emerging as a potential target for a number of top clubs, including Premier League giants Liverpool.

However, according to CaughtOffside, the Hammers could demand a fee of £75m to cash in on one of their most prized assets.

Unless they part ways with one of their other frontline attackers, Liverpool are unlikely to meet those demands given that they recently shelled out £37m for Luis Diaz.

As it stands, Bowen has a contract at the London Stadium until 2025, but West Ham will look to extend those terms in the near future.