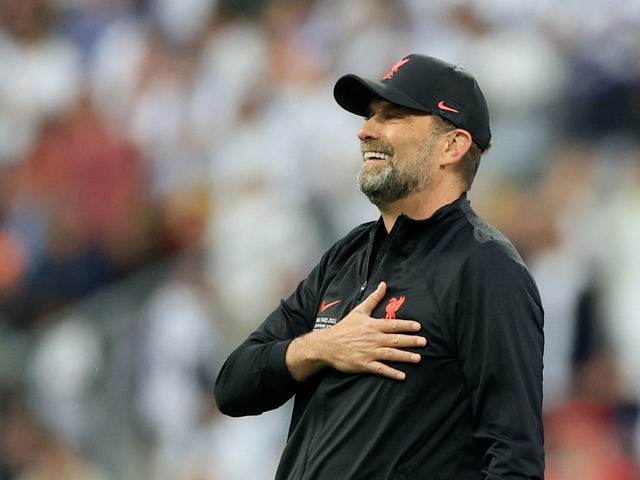 Liverpool boss Jurgen Klopp has been named the Premier League Manager of the Year ahead of Manchester City‘s Pep Guardiola in the end-of-season Sports Mole Readers’ Awards.

Klopp led Liverpool to a second-placed finish in the top flight during the 2021-22 campaign, recovering from being 14 points adrift at one stage to take the title race down to the final day and ultimately miss out to Man City by a point.

The Reds also won the EFL Cup and FA Cup, as well as reaching the Champions League final in Paris as Liverpool came closer to completing a quadruple than any English club has managed before.

Those achievements earned Klopp 41% of the votes in the end-of-season awards, beating title-winning manager Guardiola to the prize as the Spaniard yielded 30.5%.

The pair were the two standout candidates for the award and garnered over 70% of the vote between them, with Newcastle United‘s Eddie Howe finishing third with 8.5% of the votes.

Howe steered the Magpies to a remarkable turnaround during the second half of the season, leading them away from the relegation zone and to an 11th-placed finish.