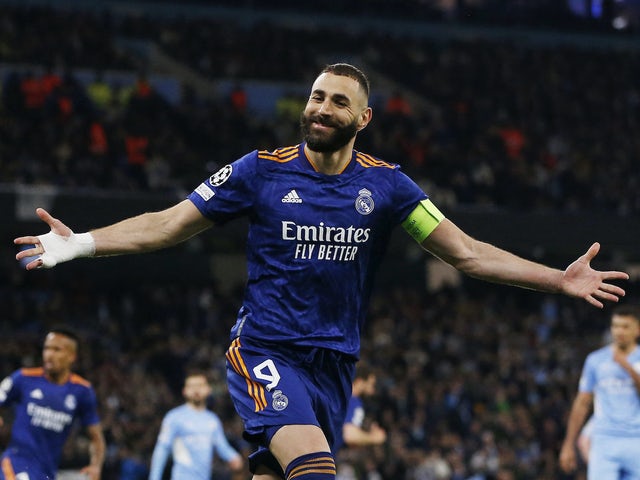 Real Madrid striker Karim Benzema has been named the European Player of the Season in the 2021-22 Sports Mole Readers’ Awards.

The Frenchman enjoyed a stunning individual campaign at the Bernabeu, scoring 44 goals and assisting 15 more in just 46 appearances across all competitions.

There was also significant team success for Benzema as he helped Madrid to the La Liga and Champions League titles, scoring 15 goals in 12 appearances in the latter including a string of match-winning performances in the knockout rounds.

Benzema’s form this season has seen him emerge as the clear front-runner for the Ballon d’Or, and he produced an emphatic victory in our end-of-season awards to be named Europe’s best player too.

The 34-year-old picked up a huge 60.3% of the votes – by far the biggest margin of victory in any of the categories.

Haaland still only managed to claim 9% of the votes, though, with Liverpool‘s Mohamed Salah rounding off the top three courtesy of 7.5% of the votes.