Roberto Firmino to return for Liverpool against Brighton & Hove Albion 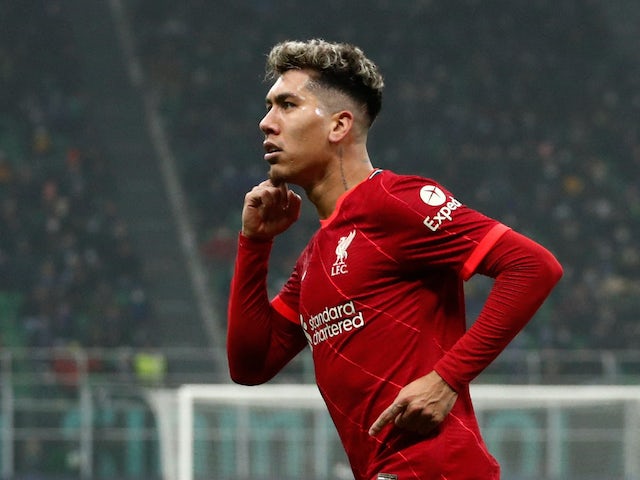 Liverpool manager Jurgen Klopp has confirmed that Roberto Firmino will be back in the squad for Saturday’s Premier League clash with Brighton & Hove Albion.

The Brazilian attacker returned to training following a thigh problem before the Champions League clash with Inter Milan on Tuesday but was not passed fit to face the Nerazzurri.

Firmino was expected to return for the Reds at the Amex Stadium for Saturday’s early kickoff, and Klopp has confirmed that the 30-year-old is an option for the contest.

When asked about Firmino’s possible comeback by reporters in his pre-match press conference, Klopp responded: “Yes, he is back.”

Firmino has missed 19 games through injury or illness in all competitions this season – making 24 appearances in total and registering eight goals and four assists.

The former Hoffenheim man now boasts a total of 95 goals and 73 assists in 316 games for the club since making the move to Anfield in 2015.