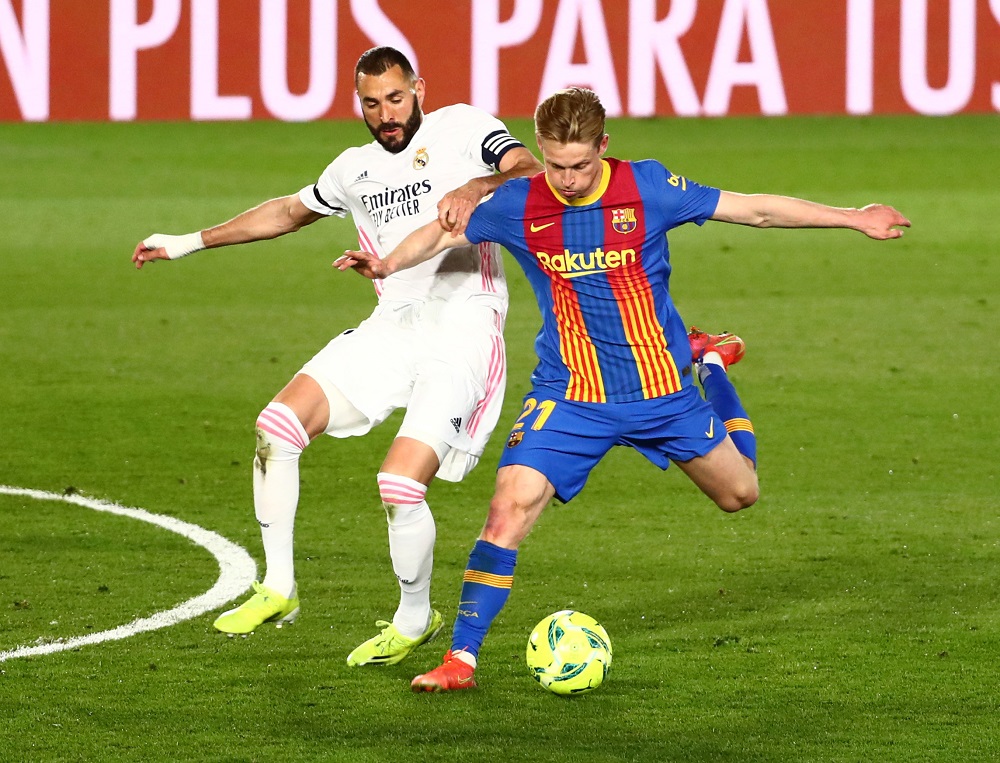 Liverpool would be prepared to shell out on Barcelona midfielder Frenkie de Jong this summer if he is made available for transfer, according to reports in the Catalan media.

The Dutchman has also been linked with Chelsea, Manchester City and Paris Saint-Germain in recent months but it is believed that the Reds and Bayern Munich are the ones likeliest to make a formal approach for the player.

Supporters on Twitter are very much split on whether de Jong is a realistic target, with some also questioning whether the 24-year-old should be a priority:

This is the signing. So versatile and class. Could do the Thiago role in his absence.

No chance. Rather have gavi

Much much much better signing than Bellingham.

Swap deal with Keita and everyone wins

I don’t want him

pleaseeeeeee yessssss do it

Not the kind of player we need

Very good player.
If we are looking for a new midfielder in the summer then
Bellingham
Tielemans
De Jong
Are all fantastic options
I think we will go big in the summer for midfielder.
Gk DEF Fwd are sorted for me
Midfield next with Milner and maybe ox or kieta might go.

While there appears to be interest from Liverpool, de Jong himself seems to have his heart firmly set on staying at the Camp Nou. He could still be forced out by Barca if the La Liga side desperately need to raise funds but, as things stand, it does look as though he is very unlikely to move to Anfield anytime soon.