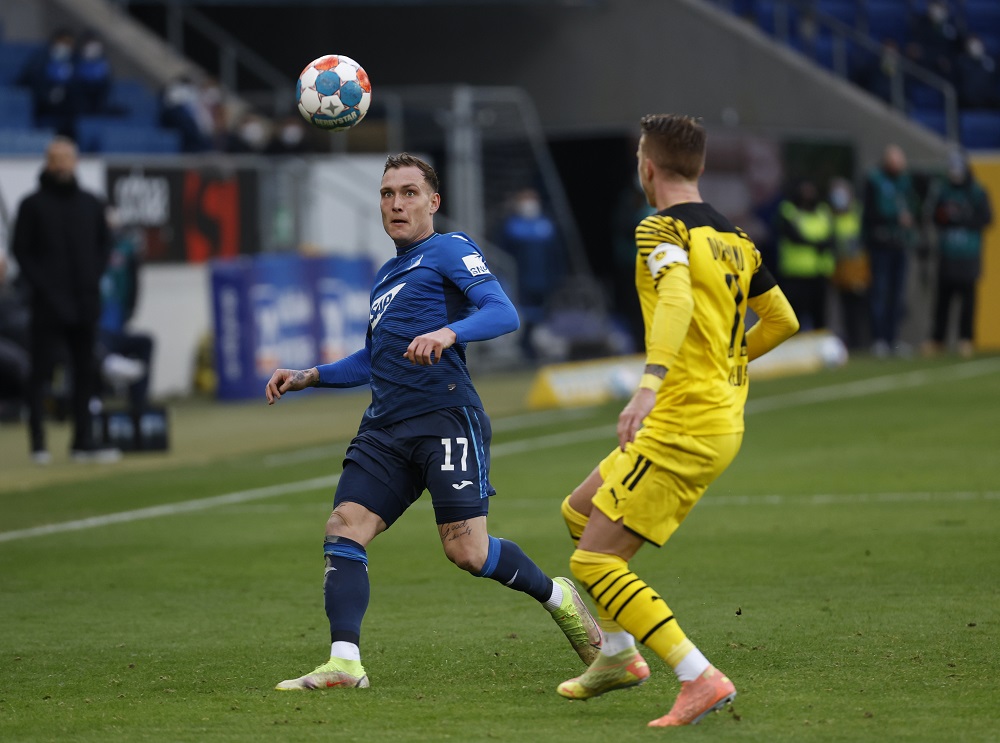 The journalist reports that the Citizens made queries about Raum when holding talks with Hoffenheim over the German club’s interest in Ko Itakura:

City ask about German star, who could be option if they can’t get first choice Marc Cucurella.@90min_Football

As Bailey mentions, Raum is being considered as an alternative to Brighton’s Marc Cucurella. Some reports suggest that the Spaniard could cost upwards of £45m so other players are being looked at.

It has been suggested in the German media that Raum has a €30m (£26m) release clause so he would be a cheaper option, but competition for his signature is likely to be fierce.

Chelsea were mentioned as potential suitors earlier this month, while the fullback was also linked with both Liverpool and West Ham at the back end of last season.

Raum would certainly provide a threat in the final third if he did move to the Etihad. He bagged himself an impressive 13 assists for Hoffenheim during his first campaign with the Bundesliga side.