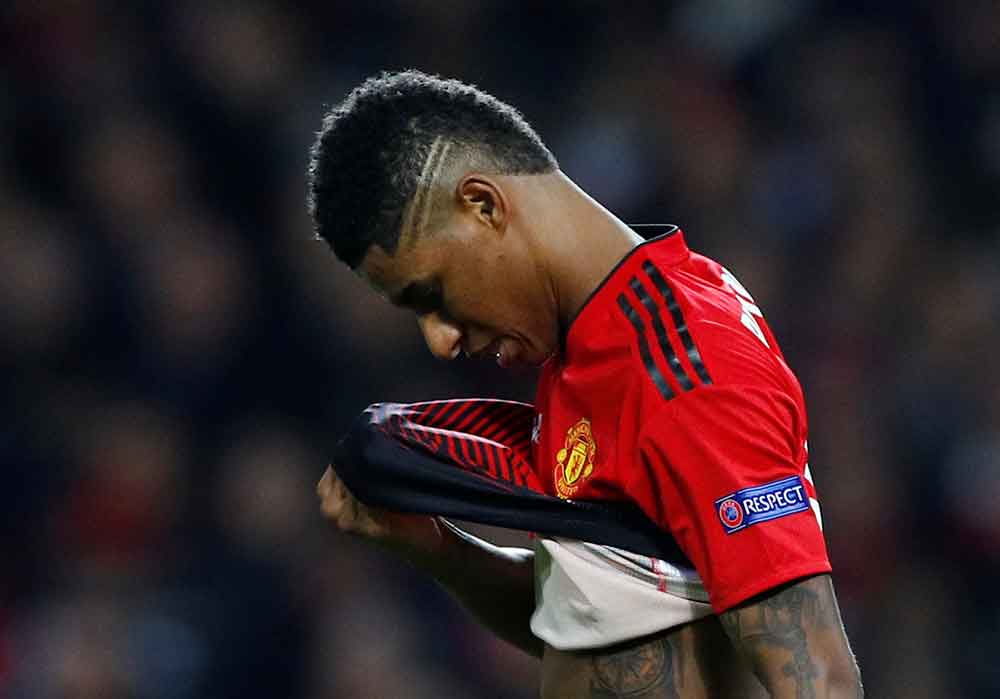 Manchester United forward Marcus Rashford had a night to forget in Madrid with the England international struggling to make any sort of impact during the 1-1 draw against Atletico.

The 24-year-old was, once again, selected on the right-hand side of a front three; a position he clearly feels uncomfortable playing, and it showed with another disappointing display.

Fans on Twitter are questioning Rashford’s continued inclusion in the starting eleven, with some feeling he is simply not good enough to play for United:

He takes 10 years to make decisions now and 9 times out of 10 he makes the wrong on. He needs to stop overthinking things and just run at his defender and play off instinct. Stop with the knuckleballs too

his body positioning when receiving the ball is making him slow to react to defender’s tackles, he needs a more energetic approach both when receiving and upon taking the defender on. same for reaction upon losing the ball. his decision making is also very hurried, no composure

His attitude will be his down fall. Very talented kid but he’s got the attitude of a player who has won it all. He better fix up

How many chances he’s gonna need just to prove he’s half average.. if he wasn’t English and wasn’t from our academy, he wouldn’t be playing top flight football.. The worst thing is, he’s gonna be playing for united still this time next year.

I’ve got some advice to rashford.. Watch back your last 20 odd games and for the rest of the season.. Do the opposite.

Rashford’s confidence looks completely shot at the moment. The wide man thrives when playing on instinct, and he is second-guessing everything he is doing currently.

Taking him out of the firing line may well be the most sensible decision, especially as Anthony Elanga has shown he can do a job in his absence. The Swedish winger scored a vital goal last night and he would be favourite to start ahead of Rashford against Watford this weekend.